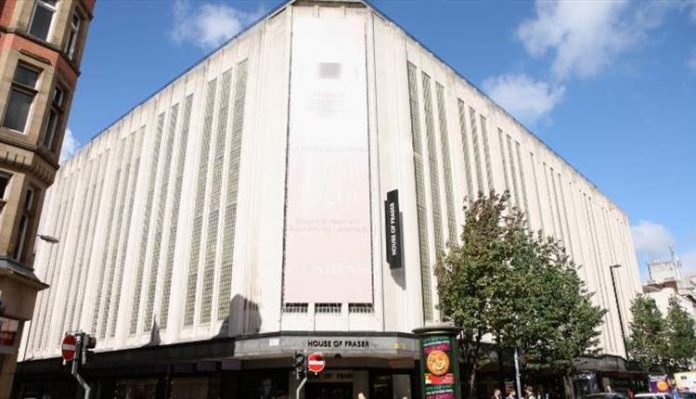 Back in June, the Company has announced the closure of 31 of its outlets across the country in a move that will effect the jobs of around six thousand people but its flagship Deansgate store in Manchester will remain open after the Chinese owned business announced that it had filed in the court proposals for Company Voluntary Arrangements.

Now C.banner, which owns the toy store Hamley’s, who had planned to take control of the struggling department store chain and inject £70m of cash said it would no longer proceed with its investment throwing the deal to keep the existing stores open.

The Company has already been struggling after a potential deal with landlords to reduce the rent on its stores agreed in June has been threatened in the courts.

One analyst now says that the only way that the chain could survive would be  potential deal with rivals Debenhams. Meanwhile sources close to House of Fraser say that preparations to put the chain into administration are being prepared