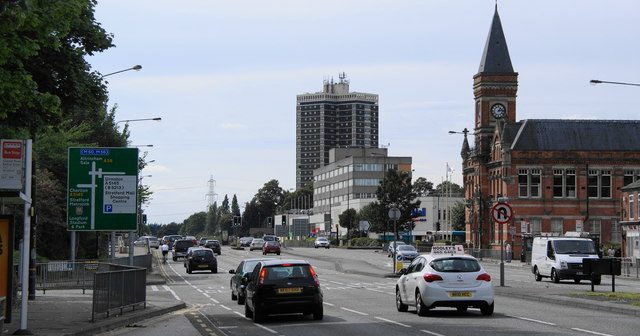 In late November, Stockport became the first to submit a nomination. The plans, setting out how the council proposes to build on the £1 billion transformation that is already helping the town to fulfil its potential, include a new multi-million pound transport hub, redevelopment of the town’s retail heart and innovative new town centre living.

“The Challenge represents a significant opportunity for councils to drive forward real and sustainable change. The time has come to breathe new life into our proud towns.

“A key priority for me as Mayor is to work with all 10 councils to support improvement in our city-region’s towns, alongside addressing the housing crisis. Every single district has a role to play – we are working together to make Greater Manchester the best place to live and get on in life.”

The Town Centre Challenge is a brand new proactive approach to urban development, with the Mayor pledging to bring together public and private landowners, developers, investors, housing providers, community groups and other key stakeholders.

It represents a new and concerted effort to support Greater Manchester’s local authorities to realise the potential in town centres, with a particular emphasis on achieving sustainable communities featuring thriving housing markets.  By focusing on housing growth in our town centres, maximising them as residential centres, Greater Manchester can minimise the call on greenbelt and regenerate our towns.

Since November, councils across the city-region have been consulted and invited to take advantage and nominate a town to be part of the initiative. From this month the Mayor will meet with local authorities and a range of key stakeholders in each of the boroughs to rigorously assess Town Centre Challenge proposals, tackle existing barriers and accelerate plans towards the development stage. The first scheduled meeting is taking place next week in Prestwich.

Greater Manchester has eight principal towns as well as around 20 smaller towns and over 50 further significant local and suburban centres.

Experience has showed that what is required to regenerate many of Greater Manchester’s town centres is the capacity to co-ordinate efforts across multiple stakeholders, including councils, private developers and the GMCA.

The Mayor has been clear that Greater Manchester towns not formally nominating for the programme at this stage will not be at any disadvantage in accessing mayoral powers or funding pots for town centre renewal now or in the future.

Alongside the Town Centre Challenge other Greater Manchester districts are also bringing forward their own programmes, including Oldham’s £350 million Masterplan for the town centre which is forecast to deliver an extra £50 million to the local economy and hundreds of new homes from 2018.

Manchester has opted to not put forward an individual district centre as part of this particular initiative, but has confirmed its support for programmes of work that help to improve and develop the region’s town centres.

As a family we wish to invite anybody who would like to attend to...