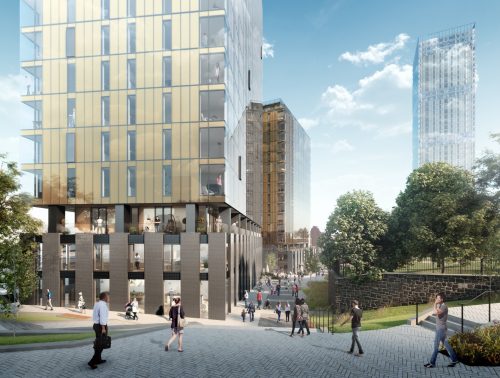 The Angelgate Development in the Centre of Manchester has a new owner.

The developers had planning permission to build a £77m, 344-home scheme comprising two towers as part of the so called Northern Gateway into the city centre.

Now the consortium have picked up the scheme for £5.2m after an auction of which they were the only bidders and have announced that they will submit a planning application later this year.

The land borders the £200m MeadowSide development of 756 apartments and town houses around Angel Meadow already being developed by the Consortium.

Gavin Taylor, regional general manager of FEC Manchester, said: “Manchester, the third-most visited city in the UK, is a place where people from all walks of life want to stay and where families thrive.

EasyJet to ground majority of fleet from 24 March