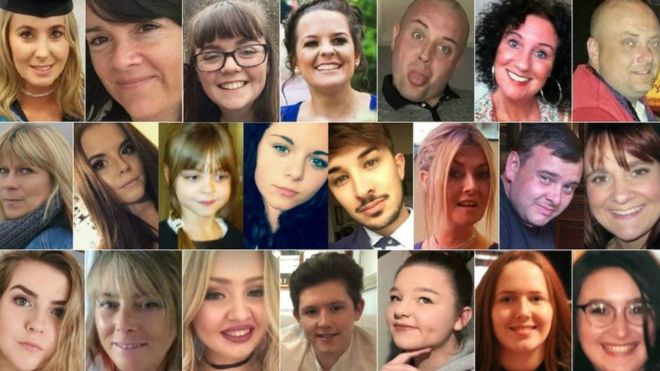 The pre inquest hearing into the deaths of twenty two people at Manchester Arena in 2017 was told that families have been struggling to access legal aid.

The hearing which has preceded the full inquest due to begin next April, was told by Paul Greaney QC, counsel to the inquest that:

“certain bereaved families are encountering difficulties in obtaining funding for representation for the inquests from the Legal Aid Agency. They have now been working without funding for a considerable period of time. The amount of work required of them has been substantial and will only increase,”

The court also heard that the relatives were worried that information relating to the failures of the security services, police and MI5 would be heard in secret.

MI5 and the police have applied to the judge for certain pieces of sensitive evidence to be heard in private using a “public interest immunity” (PII) certificate.

The Coroner Sir John Saunders said a decision on what evidence is heard in public and what is kept private would be deferred until later in the year.

“National security is a very defined concept; it shouldn’t wittingly or unwittingly be used to restrain material which may further expand upon the failings of the security services, emergency services and the failings of others.We already have significant material which exposes shortcomings of the security services, of the emergency services and others.If I can put it inelegantly, the cat is already out of the bag.”

Labour reveals £351m a year in housing benefit going to bad landlords in the...