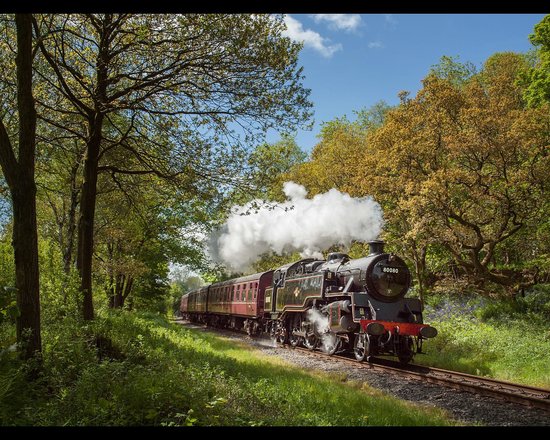 The award-winning East Lancashire Railway has once again been subjected to vandal attacks – causing around £300 worth of damage to one of their heritage carriages.

A window of a wheelchair access carriage was smashed at around 1:45pm on last Friday,when the diesel train service was journeying from Bury to Heywood, at the same time a group of youths were trespassing on the heritage railway’s land in the Darnhill area.

Fortunately no one was hurt during the incident as the wheelchair accessible coach – which was launched in 2016 thanks to donations from the public – was empty. It is estimated that the window will cost in excess of £300 to repair.

This is not the first time that the heritage railway has suffered from vandal attacks. Back in July 2017 the railway was subjected to a spate of attacks, causing over £30,000 worth of damage.

Volunteers at the East Lancashire Railway have been left stunned by the recent attack and are now calling on the community to help stamp out trespassing and vandalism.

“We are a registered charity that survives off the hard work and generosity of volunteers and supporters; and seeing our wheelchair accessible carriage subjected to a vandal attack is very upsetting for us all.

“We are just grateful that no one was hurt.

“We have now informed the police who are dealing with the incident.

“We would like to take this opportunity to stress to members of the public, particularly children now that the summer holidays are upon us, the risks of trespassing on railways. Trespassing on any railway is very dangerous and is forbidden at the East Lancashire Railway. We have a strict stance on trespassing and vandalism and any persons caught doing so will be prosecuted.”

Anyone with information on the above is asked to call Greater Manchester Police on 101.