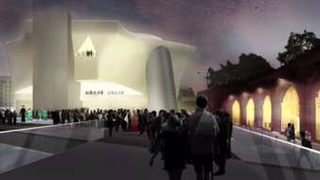 Work on Manchester’s new £110m Arts and Culture venue to be built on the site of the former Granada Studios building is expected to begin early next year but will not be completed until 2020, a year later than first promised.

A report to be considered by the Council’s Economy Scrutiny Committee in the first week of the New Year will also ask the council to approve approve a Council contribution of up to £20m which will be mainly funded from income received from land and property sales.
The new venue is predicted, that within a decade, will create or support, direct and indirectly, almost 1,500 full-time jobs and add £1.1 billion to the city’s economy.

The report also says that the Factory complex will act as a ‘cultural anchor’ to St. John’s, and will encourage independent and creative businesses as well as including 2,500 residential units

The total budget for Factory is £110m. As well as the £20m from the City Council, the government has identified funding of £78m via Arts Council England and the approvals process for this is progressing smoothly says the report.An application for a further £7m lottery grant has been submitted and the  remaining £5m will be made up by fundraising via donations and sponsorships.

If, as hoped, the fundraising target is exceeded the Council will be able to reduce its funding contribution.

Sir Richard Leese, Leader of Manchester City Council, said: “The cultural sector already plays a massive part in the success of Manchester, both through the economic benefits generated by visitors and as part of the inspiring mix which makes this a city where people want to be.

“But Factory will be a complete game-changer, building on these already outstanding foundations to make Manchester and the wider region a genuine cultural counterbalance to London. It’s not just significant for Greater Manchester – it’s significant for the UK.

“As well as delivering world-class events, it will act as a catalyst to the whole creative economy and open up extensive new opportunities for local people, and especially young people, to gain jobs and skills in the creative sector.

“The Council’s one-off financial support for the costs will secure £90 million of external investment and £1.1 billion of economic benefits for the city over a decade with more to come.”

A planning application will be considered on 12 January and if approved, construction will start later in the year with the venue scheduled to open in 2020.