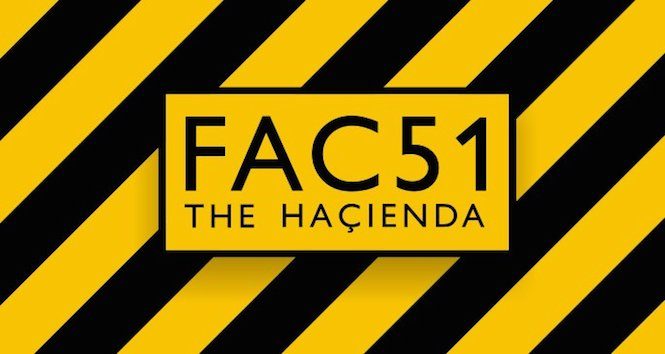 BBC Radio Manchester’s Blue Plaque will commemorate Factory Records, the iconic independent record label that had a huge cultural impact on the British music scene in the eighties and nineties. The blue plaque will go outside the company’s former headquarters in Palatine Road, West Didsbury.

The plaque will be unveiled on BBC Music Day tomorrow (Thursday 15 June) by Peter Saville, who designed many of Factory Records’ distinctive album sleeves. Shaun Ryder, Bez, Rowetta and Mark Day from the Happy Mondays and former Hacienda DJs Graeme Park and Dave Haslam will also attend the ceremony.

BBC Radio Manchester’s Managing Editor Kate Squire said: ““Manchester has such a rich musical heritage that we were spoilt for choice in deciding who to award our blue plaque to. Factory Records are very deserving recipients of the plaque as they had such a huge cultural impact on music in the country at the time. It’s a sign of how much the record label meant to the city of Manchester that so many of Manchester’s music legends came to the unveiling including Peter Saville and four members of the nineties band The Happy Mondays.”

Factory Records was started in 1979 by Alan Erasmus and Tony Wilson and operated from Erasmus’s then home in Palentine Avenue. The first Factory LP – Joy Division’s Unknown Pleasures – was released in that year. Other iconic acts represented by the label included New Order, A Certain Ratio, The Durutti Column, Happy Mondays, Northsidea Orchestral Manoeuvres in the Dark (briefly) and James.

Factory Records also opened a nightclub, The Hacienda, which became a major hub for Manchester’s, or ‘Madchester’s’ acid house and rave scene during the eighties and nineties.