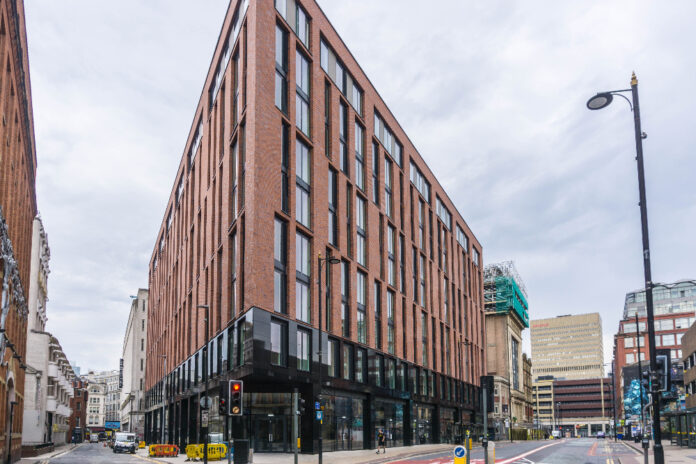 Fabrix today announced that C.Bechstein, one of the world’s oldest and most prestigious piano manufacturers, has signed on to Transmission House in Manchester’s Northern Quarter, taking over 9,000sqft for a term of 15 years for its northern flagship store. It will launch a state-of-the-art piano showroom, practice studios and intimate recital area.

The unique tenancy is set to bolster musical venues in Manchester in line with the city’s Culture Recovery Plan. The opening date is scheduled for mid-October 2021.

It represents the manufacturer’s first purpose-built showroom and studios in the UK since Bechstein Hall in London was completed in 1901. Bechstein Hall became Wigmore Hall in 1917, and is widely regarded as one of the world’s leading concert venues. C.Bechstein has been making pianos since 1853 and is headquartered in Berlin.

Transmission House, a new mixed-use scheme located in the heart of Manchester’s Northern Quarter, occupies a prime site close to Piccadilly Gardens and the Arndale Centre. The deal is one of the biggest retail lettings in Manchester this year and takes the development to over 60% occupied.

“The Northern Quarter is one of the UK’s most dynamic and diverse micro-locations. Our flexible retail/leisure units at Transmission House on the intersection of Church and Tib Street will create homes for organisations that reflect that dynamism. We are delighted to welcome the world-renowned C. Bechstein to a city already personified by its musical prestige. Their presence will enrich the city’s cultural fabric and help aid the recovering retail economy.”

“This new venture is our first purpose-built showroom in the United Kingdom since the Bechstein Hall was opened in 1901. Boasting a mix of showroom, practice and teaching studios plus a dedicated recital space, it represents an exciting moment in time for C.Bechstein and we look forward to it officially opening in October 2021.”

“As agents acting on behalf of Fabrix, we are delighted to secure an international brand of C.Bechstein’s standing which perfectly matches Fabrix’s vision for the space. We are seeing strong demand across the city at the moment and this tenant will prove a great anchor letting for the development. This deal shows that the Northern Quarter is going from strength to strength and is able to attract international retail brands to a vibrant part of Manchester even during a pandemic.”

Top Trends Likely to Happen in B2B Finances in 2021