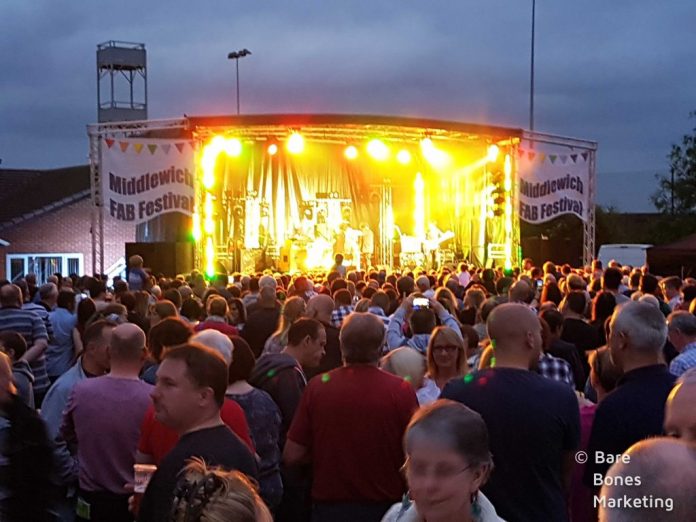 Middlewich FAB Festival has announced Scott Matthews as Saturday’s free concert headliner. The award-winning singer/songwriter will take the stage on 16th June, closing the festival’s most vibrant day of the weekend.

Scott released his first album ‘Passing Stranger’ on 13 March, 2006. Soon after his music was picked up by BBC Radio 2 and they invited him to play. His first single ‘Elusive’ was released with great success in September 2006. Fast-forward 12 years and Scott has just released his new album ‘The Great Untold’ on 27th April, 2018. The singer/songwriter has broadened his acoustic sound with Ten brand new songs, accentuating the blues in Matthews’ folk inclinations.

Alongside Scott Matthews, many new artists have been revealed to take on the Main Stage during Middlewich FAB Festival, completing the full line up for the weekend.

‘Pale Rider’ have joined the set on Friday night and Nashville based ‘Josh O’Keefe’ will be a part of Saturday’s ‘Showcase America’. Supporting Scott Matthews, ‘SnowApple’, ‘Psyence’ and ‘The Lottery Winners’ will light-up the festival’s Main Stage on Saturday night.

‘The Hayes Sisters’ return to this year’s FAB Festival to open Sunday afternoon’s ‘Folk, Roots & Boogie’ concert. Followed by ‘Beija Flo’s’ biting lyrics and soaring vocals and ‘Edgar Jones’, an English singer/songwriter. After the interval a sensational ‘Henri Herbert & the Fury` play their fabulous boogie-woogie followed by Five Piece band ‘Seprona’, and building to a spectacular finale with, ‘The Electric Swing Circus’.

Dave Thompson, Middlewich Fab Festival organiser comments, “It`s taken longer to assemble this year’s Main Stage line up but I`m sure its worth it. After last year’s undoubted success it was always going to be hard to `follow that` but I couldn’t be happier with the result.” Talking about Saturday’s headliner, Dave continues, “It has taken me 3 years to get Scott here, but good things (really do) come to those who wait!”

Tickets for Friday, 15th June are still available to buy from www.fabfestival.co.uk.