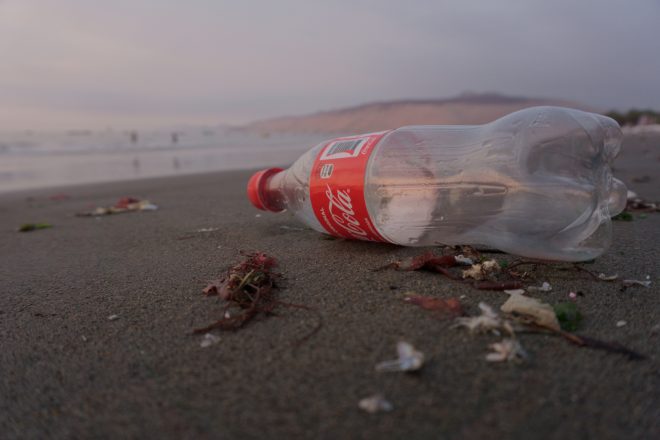 A study out today has revealed that two thirds of the UKs plastic and packaging pollution can be traced back to just 12 polluting companies, aka. THE DIRTY DOZEN:

The report by Surfers against Sewage whose campaign collected packaging pollution found  through their Million Mile Clean helped expose over 300 companies who are responsible for the packaging pollution pandemic which is destroying the UK environment.

Coca-Cola has been identified as the biggest offender yet again, with branded items such as Coke cans and bottles being picked up three times more often than other brands during the cleans.

Alongside the Dirty Dozen parent companies, the report also exposes the top ten food & drink brands who are fueling the packaging pollution pandemic in the UK, including household names such as Walkers, McDonalds and Cadbury.

It seems the COVID-19 pandemic has also impacted the type and volume of items recorded during this year’s Brand Audit. Stella Artois and Budweiser cans made their way into the top ten most polluting brands, leading to their parent company Anheuser-Bush InBev rocketing up the ‘Dirty Dozen’ leader board to third place, having been 8th in 2019. This surge is most likely due to the closure of pubs, bars and restaurants during consecutive lockdowns. Similarly, plastic and glass bottles and cigarette butts accounted for just under half (48%) of unbranded pollution.

Given that billions of cigarettes are sold to wholesalers and retailers nationwide, it’s no surprise that cigarette butts are one of the highest pollutants globally. The butts are primarily made up of plastic filters that don’t biodegrade, and usually end up on shorelines or at the bottom of the ocean and rivers, unless they are eaten by wildlife first.

“Our annual Brand Audit has once again revealed the shocking volume of plastic and packaging pollution coming directly from big companies and some of their best known brands. Serial offenders including Coca-Cola – which tops the leader board year on year as the worst offender – are still not taking responsibility. Legislation such as an ‘all-in’ deposit scheme needs to be introduced urgently and governments need to hold these companies to account and turn off the tap of plastic and packaging pollution flooding the ocean.” said the charity