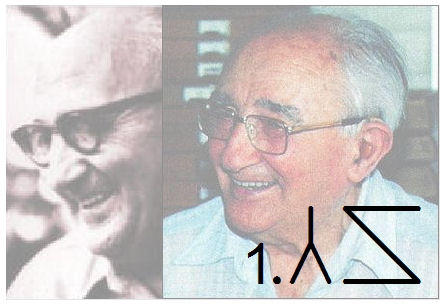 Academics from Manchester Metropolitan University fronted and starred in a radio feature exploring the little-known world of Blissymbolics.

The BBC Radio 4 show, ‘The Symbols Of Bliss’, was broacast on Thursday last week and explored the work and life of utopian visionary Charles Bliss.

Inspired while living in Shanghai by the system of written Chinese, Bliss developed a new universal visual language based on ideograms that he hoped would end the misinterpretation in translation of spoken tongues that sparked conflict between nations.

He devised thousands of symbols, each representing a word that could be combined to create a new word or phrase, and a visual grammar system to turn any symbol into a noun, verb or evaluation.

However Bliss’ system was largely rebuffed until it was emerged much later as a communication aid to help the development of children with severe speech and physical impairments.

Michael said: “The idea for this programme came from a Manchester Metropolitan event, where I was asked to give a presentation about my work to the Board of Governors.

“At the same event, one of my fellow researchers giving a presentation was Professor Janice Murray, who held up a poster of Bliss symbols and went on to explain how they had transformed the lives of people with communication disability.

“We talked after the event, and I was captivated by the story, then Janice sent me some links to look further into the life of this remarkable visionary – Charles Bliss.

“I do a lot of work as a broadcaster, and it struck me what an amazing story the history of Bliss symbols would make for radio.

“Radio 4’s commissioners agreed, and bought the programme, so I worked with the producer Geoff Bird – a regular collaborator – to try to do justice to the story, and to the man. I hope we did!”

Professor Murray said: “It is a great programme and I have received lots of email responses from around the world about how brilliant, balanced and informative a programme it was.”