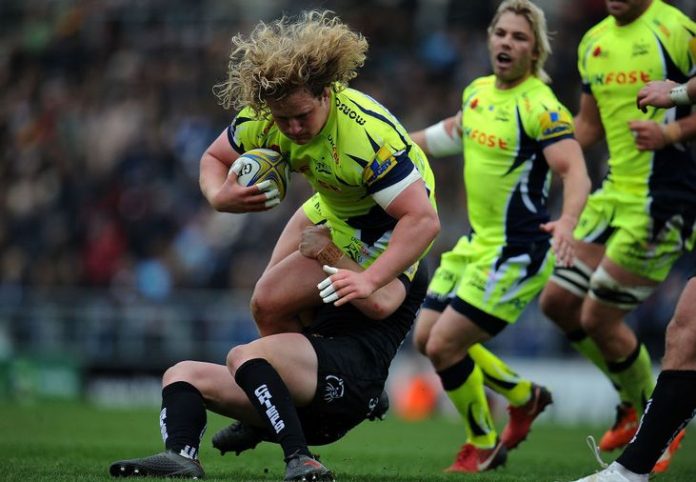 A brave battling display wasn’t enough to prevent Sale Sharks from slipping to defeat against reigning champions and Premiership leaders Exeter Chiefs at Sandy Park.
Though Steve Diamond’s troops scored three tries and pushed the Chiefs hard, especially in the second half, the Sharks came away empty-handed.

But despite failing to gain the losing bonus point which was the very least Sale’s fighting display deserved, results elsewhere this weekend mean the Sharks still have everything to play for going into next weekend’s season finale at home to Leicester.

A victory over the Tigers at the AJ Bell Stadium in seven days’ time should be enough to secure a top-six berth for the Sharks and clinch the prize of European Champions Cup rugby next term.