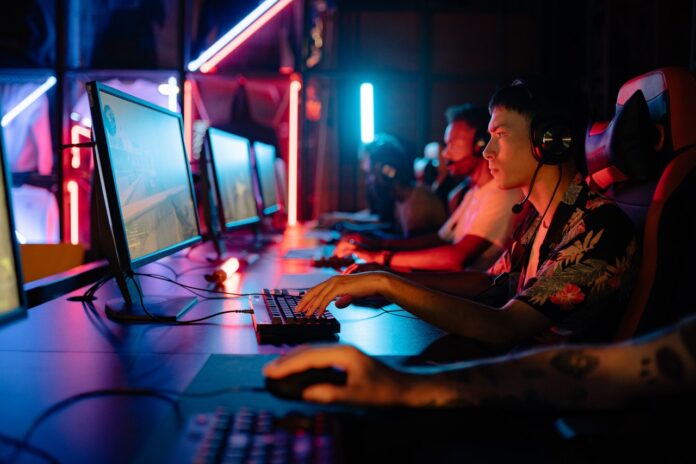 The world of esports is growing, attracting more and more people from every corner of the world. What’s more, esports became even more popular than casino slots.

Nowadays, every player’s dream is to participate in esports tournament. And it doesn’t even come as a surprise, over the past few decades, esports players have received astronomical payouts. While the prize pool does not dictate the status of an event, it is undoubtedly one of the most important elements that players consider when deciding whether to attend or not.

So we’ve collected the list of the most famous esports tournaments that provide the highest payouts.

Valve’s The International 2019 takes the top place on our list of the largest prize pools in esports.

Valve has continued to show a fantastic performance at each yearly The International event, increasing the overall prize pool each year.

The first International esports competition took place in 2011, with a prize pool of $1.6 million. The prize fund for The International 2020 grew to a whopping $40 million for the Dota 2 game.

Fortnite first appeared in the esports arena in 2017, and it quickly became a popular event for every esports lover. You’d hear about Fortnite no matter where you went. That’s when Twitch was filled with Fortnite streams, and everyone was crazy about the game.

The Fortnite World Cup Finals welcomed 200 players looking to leave their mark on the game’s history, with over $30 million payout in two tournaments.

The PUBG Global Invitational.S in 2021

Another large esports prize pool was awarded at the opening event of the 2021 PUBG season. PUBG held one of their largest esports events, the PUBG Global Invitational.S 2021. This event had a gigantic $7 million prize pool, indicating that the game is financially sound. The event was won by a North American team, who took home the top prize of $1,296,189.

The League of Legends World Championship is the largest esports tournament in the world. This is when League of Legends’ top 24 teams assemble to see who is truly the best of the best. This LoL event is not only a lot of fun for fans, but the awards are also rather good.

For the first time in 2017, Riot Games enabled League of Legends supporters to raise the overall prize pool of the tournament by purchasing in-game items. The prize pool was boosted to $6.4 million total a year later, making it the highest reward pool in the game’s history.

The Honor of Kings World Champion Cup saw 12 of the greatest Honor of Kings teams compete for the top place in Shanghai and Beijing. After a back-and-forth group stage, Turnso Gaming emerged victorious, barely defeating Dynamite Gaming in the grand finals.

One of the most popular first-person shooter games is Call of Duty. The game was published by Activision and was available on a variety of platforms, including consoles and mobile devices. The Call of Duty League – 2020 Playoffs was a PlayStation 4 esports event for Call of Duty: Modern Warfare.

This tournament outperformed both PC and mobile esports competitions, setting a new milestone for console esports events with a prize pool of $4.6 million USD.

Last but not least, WCS Global Finals held in 2019 with the top prize pool of $700,000! While it’s not as big as the previously described esports tournament, it’s still a very respectable number. The tournament was held for the real-time strategy StarCraft 2 by Blizzard.

Esports Tournaments: Entertainment for Everybody

Esports is one of the most exciting activities for players all over the world. They choose esports for the adrenaline rush as well as for amazing prizes that tournaments offer.

In addition to esports tournaments, esports betting is increasing in popularity. Fans can now wager on different variations of esports and win some cash without leaving their houses. Such contests include games like LoL, Dota 2, Counter Strike, and other games.

Manchester named one of most dynamic regional economies in Europe

The Different Kinds Of Bingo Games Available Online For Brits