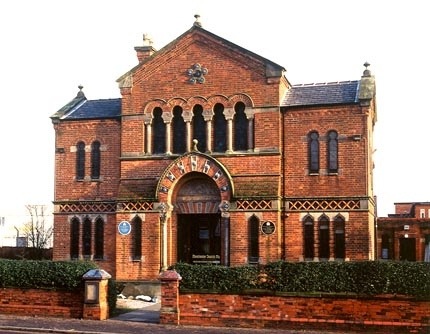 An exhibition of drawings, photographs and writing by Manchester artist Gary Spicer in response to his visits to Auschwitz-Birkenau and Plaszow concentration camps in 2012.

Spicer grew up in Cheetham Hill alongside the Jewish community. His father was Jewish but not his mother. He understood that according to orthodox Jewish law this made him a non-Jew. Though he was drawn to the Jewish community he knew he was outside it. Many years later, wishing to explore his Jewish roots, he chose to confront the Holocaust – a period when Jews were considered by the Nazis as being the ultimate ‘outsiders’.

In exploring the Holocaust, Spicer embarks on a personal search. His search is “bound to several things; not least a personal search for self-identification and belonging – rooted in my own cultural ‘hybridist’ (Jewish) background”. His work acknowledges the gap between those who suffered in the Holocaust and the rest of us. No matter how hard we try we will never understand how it was to suffer first hand.

Spicer’s work includes black and white line drawings of human figures. The figures are distorted suggesting suffering to the point of dehumanization. Haunting photographs of railways lines and watch towers from the camps appear again and again in his work, as do photographs of the landscapes that bore witness to the Holocaust. Spicer’s writing is also presented as if it is raw, unpolished first drafts making it all the more powerful.

Celebrate the summer solstice at Alexandra Park this weekend