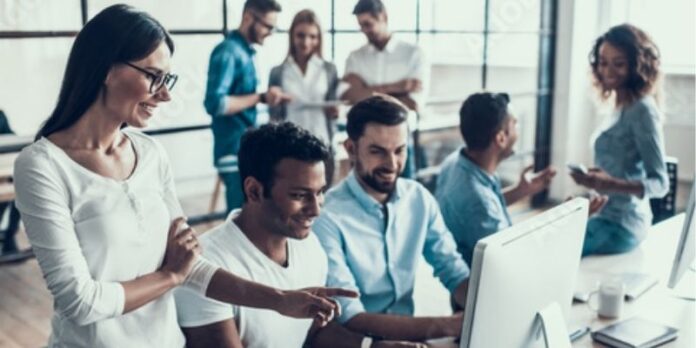 More than 1,000 office workers across the UK were surveyed in August to understand how well prepared employees and organisations felt for their widespread return to the workplace this autumn, and how flexible working practices – where staff time is split between working from home and from the office – were playing out.

While most participants reported flexible working patterns at their workplace, only 31% were aware of a formal flexi-hours policy in their organization, and just 21% knew of a formal hybrid working policy.

The research raises the prospect of significant disruption and change in UK workplaces in the coming months as employers adapt to the biggest shake-up of office work in decades, with findings being a part of a major research project being undertaken by Leeds University Business School on changes in the workplace as the UK emerges from COVID-19.

Dr Matthew Davis of Leeds University Business School said: “As COVID-19 social distancing restrictions have lifted, many of us are working flexibly; splitting our time in the office and at home.  But this survey shows that employers are feeling their way through these changes – the majority are developing systems and practices as they go along rather than taking a planned, systematic approach. This is likely to lead to more disruption and change as employers establish what works and what doesn’t.”

The Leeds research also underlined the unpopularity of “hot desking”, where office workers share desks. More than 80% of interviewees said that they wanted to have an assigned desk rather than sharing with others.

Dr Davis said: “It’s well known that hot desking isn’t particularly popular, but the argument has previously been made that employees will grow to like hot desking given more time. Our survey suggests this is not the case – 43% of those we spoke to were already in workplaces where hot desking was used and still didn’t like it. This shows the need for change management and selling the vision of what hybrid workplaces provide to off-set loss of personal space.“

Dr Davis said that the findings indicated the complexity of trying to manage the move to flexible working, and trying to accommodate employees’ competing expectations about work.

He said: “After 18 months of home working due to COVID-19, many of us have understandably developed a rhythm of work that suits us.  But as we learn to live with COVID-19, we need to look at the bigger picture and recognise that getting people back into the office – at least on a part-time basis – brings many benefits. Boundaries need to be placed around homeworking and there needs to be grown-up, honest conversations about how we adapt to this new world.”

3000 jobs to go at Ryanair as airline says it will take two years...