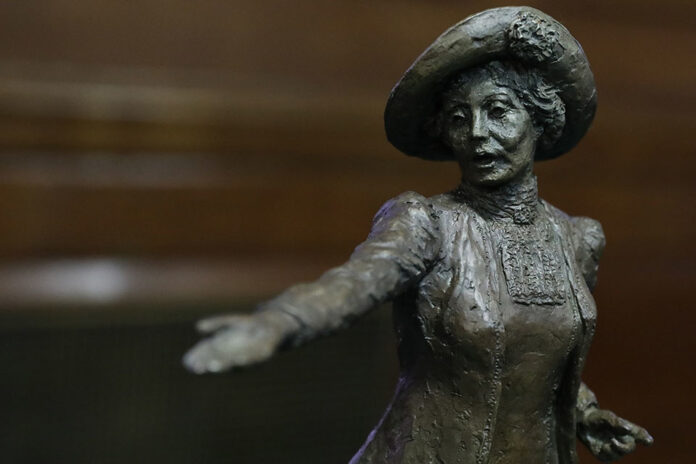 The grave of Manchester suffragette Emmeline Pankhurst at Brompton Cemetery, in West London has been termed a disgrace.

Her great grandaughter Helen Pankhurst, said it was “clear” that little effort had gone into maintaining the grave

“Given what she stood for and its continued relevance today, it seems particularly important that the systems of the establishment try to support, rather than hinder,” she said reports the Telegraph.

In the report the paper says that Steve Davies, a military grave restorer, inspected the Grade II-listed plinth and described it as “an embarrassment”.

“I can’t say it’s ever been cleaned,” he said. “It’s in an awful state. The paving around it is as black as night, the lettering and the engraving are barely readable. To me, it’s a national monument and a national disgrace.”

Ms Pankhurst acknowledged that such monuments had to be managed correctly but expressed disappointment that even through official channels, nothing had been done.

“I don’t know how they decide what they’re going to do, but clearly they’ve not done very much,” she added.

She added: “It’s not a one-off. The Emmeline grave is particularly important, but this business about valuing the past and finding ways to protect, both through community and government support, to make sure that happens I think is critical.”

Ms Pankhurst suggested that the bodies and bureaucracies who make decisions about investment and the protection of such sites should be more sympathetic to their resonance.

“It’s that level of people that I think need to care more, the people in whose budget or manpower it is,” she told the Telegraph. “It’s not even a question of budgets, just be facilitative rather than obstructive.”

Born in Manchester in 1858, Emmeline founded the Women’s Franchise League and in 1903 Women’s Social and Political Union which fought for the right for women to vote in elections.