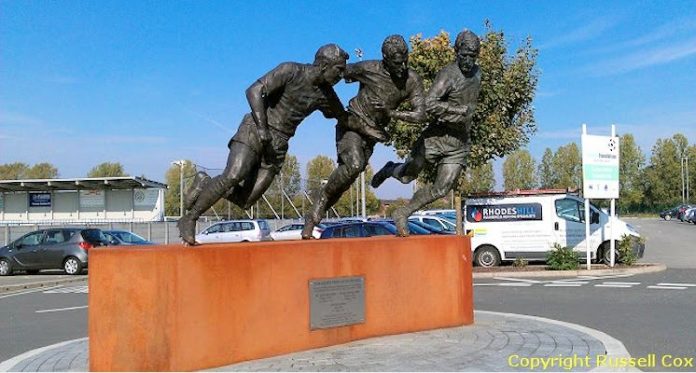 Eight men have been arrested on suspicion of public order offences and remain in custody after a disturbance at the Tameside Stadium in Ashton this afternoon.

The disturbance took place during an organised protest near the stadium around 30 people became involved in a disorder where a number of objects were thrown and people were assaulted.

It is understood that an Eritrean cycling event was taking place in the stadium at the time and protesters arrived believing that members of the Eritrean government were inside the stadium.

Nine people suffered what are believed to be minor injuries, including two teenagers.

Chief Inspector Andy Harty, from GMP’s Tameside borough, said: “The vast majority of people attending the event today were innocent people, including children, who sadly got caught in the middle of this appalling act of violence.

“Following the fast work of officers a number of men were arrested at the scene and we will continue to question them as this investigation progresses.

“However, we are still in the very early stages of enquiries and we are keen to hear from anyone who witnessed this incident.

“In particular we would like people to come forward with phone or dash-cam footage that could be vital to finding all those responsible.

“This type of behaviour is completely unacceptable and I want to assure the residents of Tameside that we are doing everything we can to bring any offenders to justice.”

Anyone with any information should call police on 101 quoting incident number 1417 of 16th June 2018 . Alternatively, information can be passed on anonymously by calling the independent charity Crimestoppers on 0800 555 111.