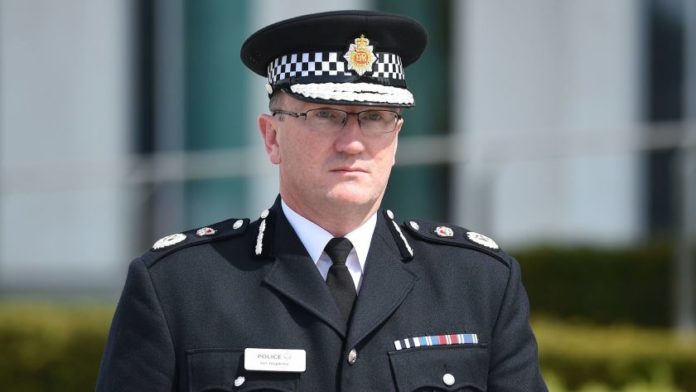 One of the fundamental principles of policing in the Uk is that we police with the consent of the public and this is something that we should all cherish and maintain.

The words of Greater Manchester’s Chief Constable Ian Hopkins who said that the measures announced by the Prime Minister last night are there to save lives and can only be maintained by the support of the public.

He warned that if people do not adhere to the rules then we won’t hesitate to intervene, adding that he was appealing to people to follow the instruction by the letter.

“There will be a minority, I have no doubt, of very selfish people who flout those restrictions and we will have to deal with them.”

The Chief Constable also confirmed that officers would be patrolling around supermarkets, pharmacies, town centres and open spaces. He confirmed four people had been arrested in Piccadilly Gardens for antisocial behaviour during the morning.

The Chief Constable said that Greater Manchester police had this morning taken 180 calls from the public seeking advice and “this is preventing us carrying out our core responsibilities. Among the questions people were asking was he mentioned ‘can I take my car for its MoT’ and ‘I’m a gardener – can I go to work?’

Instead of calling, he said please exercise common sense or refer to the Gov.Uk website which has lots of information.

1,066 police officers and staff were self-isolating for seven or 14 days depending on their home circumstances or were sick with coronavirus. That represents around 10 per cent of the  work force. Additionally, he added,300 others were also off because of other kinds of sickness absence. He said his officers could still respond to 999 calls.

At the Downing Street lobby briefing a spokesman for the Prime Minister said that the police would be given the power to impose fines on people who do not comply with the rules announced yesterday. The fines would initially be set at £30, but the level could increase “significantly”, he said. He said that the power to impose these fines would be in place by Thursday, and that they would be used in particular to stop gatherings of more than two people in public.