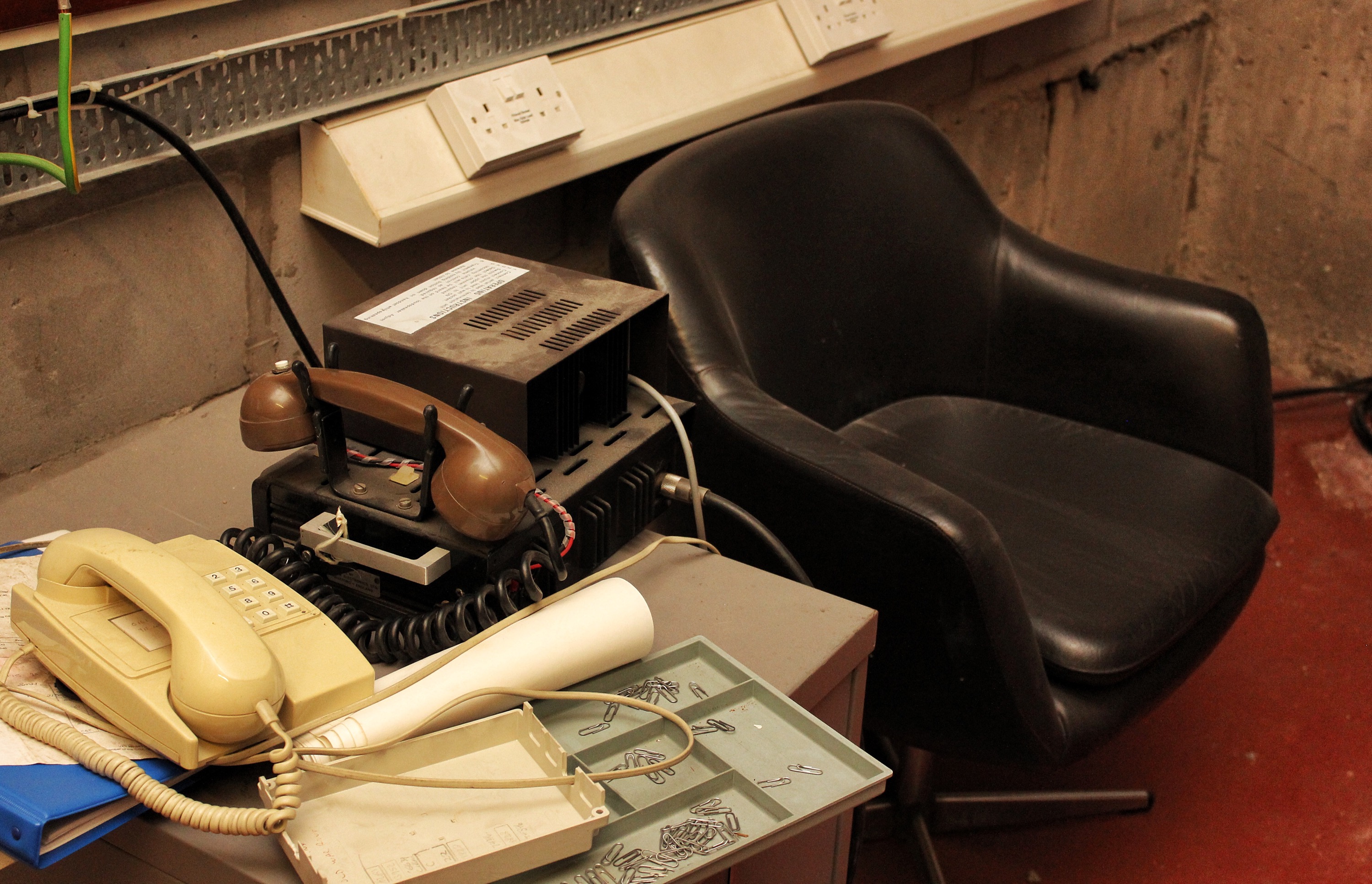 The Cold War may have thawed out many years ago but a new collection of images released by Oldham Council takes a step back in time to that period.

It was forty years ago that construction started on the 200ft plus tall Civic Centre tower,,but it’s a little known fact that underneath it sits a former nuclear bunker.

Over the years literally thousands of people have visited Access Oldham, the council’s one stop shop, without knowing what lies beneath their feet.

Made up of subterranean corridors and rooms, the structure was designed to house those who would have been tasked with keeping the borough functioning if the nuclear attack sirens ever sounded.
It is believed only a select few would have gained entry. It would have included senior councillors and officers, police chiefs, engineers, doctors and communications experts.When the siren sounded, they would have had minutes to get below ground.

Designers Cecil Howitt & Partners built the different-sized chambers, made up of reinforced concrete and brick, as part of the its overall design for the Civic Centre, which opened in 1977.

The labyrinth of rooms – entry to which is still barred by a gate with the warning sign ‘No authorised persons allowed beyond this point’ – are now used as storage space.

Abandoned telephones and an old exchange also give a glimpse of how the post apocalypse survivors would have kept in contact with the outside world.

A collection of dust-covered spare fuses and light bulbs, which would have come in useful to keep the computers and electrical equipment running in the event of a nuclear winter, are also still on site.

Abandoned sinks, desks and chairs also give a glimpse of how office equipment has changed since 1977 – the year Star Wars topped box offices around the world and Abba ruled the airwaves.
Councillor Jim McMahon, Oldham Council Leader, said: “I think it’s fair to say not many of our residents, and also those who have visited the Civic Centre over the years, realise there is a bunker underneath the building.
“It is quite strange and shocking to think that if the bomb would have been dropped this is where some of the survivors would have ended up, effectively being entrusted to help run what was left of the country.

“Thankfully the bunker never had to be used but hopefully these images will give people a look at what it would have been like living and working underground.”

During the Cold War, the UK government ordered the construction of thousands of underground complexes. Many have been decommissioned, have found different uses or been sold off.

The original design of the Civic Centre was commenced in 1960. The first phase, which contained the council’s social services and housing departments, was completed in West Street in 1962.

Oldham Council announced its decision to go ahead with the remaining Civic Centre development on Christmas Eve, 1972. Plans left the drawing-board phase in May, 1975, 13 years after the completion of the first phase on West Street.

Construction started on 1 August, 1975, when workmen discovered three small coal seams and a disused mine-shaft during foundation work on the West Street site of the proposed tower block section. The shaft was sealed off and filled in. The ‘Topping Out’ ceremony was held on 18 June, 1976. The top of the tower-block is 900 feet above sea level giving a panoramic view of Oldham and the surrounding area.

The new Civic Centre was officially opened by Queen Elizabeth, the Queen Mother, on 1 March, 1977.

Plans announced for a £6.5m refurb for Bolton’s Albert Halls