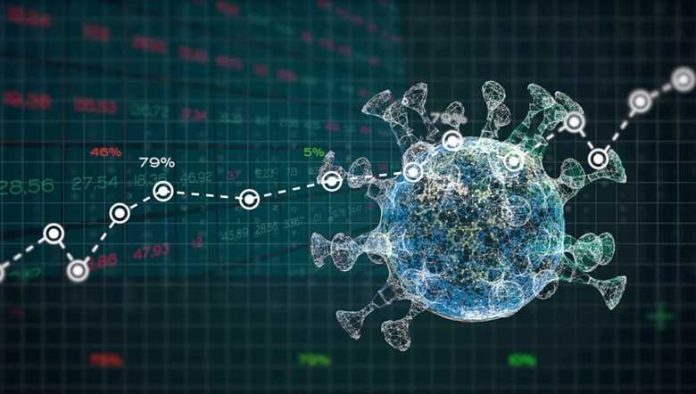 The UK’s economy is set for its biggest fall in 300 years according to the Bank of England.

Such a scenario would require very significant monetary and fiscal stimulus, it said.

The Bank warned that the spread of the virus and the measures taken to protect public health have caused a substantial reduction in activity around the world. Survey indicators such as the output components of PMIs have fallen to record‑low levels since the start of the year, and suggest that many countries have experienced extremely sharp falls in activity.

“Social distancing measures in the UK and in the rest of the world are assumed to
remain as they are until early June, before being gradually unwound over the third
quarter of this year. Fiscal support measures are assumed to remain in place, and to
be unwound, over the same period.”

It also assumes that some of the spending foregone while social distancing measures are in place is made up, but lower confidence and higher uncertainty are assumed to persist for some time.

Its nine-member monetary policy committee (MPC) voted unanimously to keep interest rates on hold at 0.1%, the lowest level in the bank’s 325-year history, after using two emergency cuts in March at the onset of the Covid emergency in Britain.

The flow of bank lending to private non-financial companies increased to £33.5 billion in the first quarter, over 8 times the quarterly average over the past three years of around £4 billion.

The Bank also warned that the UK jobless rate could soon spike to 9%, up from 4% at present, even though the government is encouraging firms to furlough staff.

“As activity has fallen, the number of people in work has dropped sharply. It is likely that the Government’s Coronavirus Job Retention Scheme (CJRS) has materially reduced the number of redundancies. Early data suggest that applications for furlough have been received from 800,000 companies covering over six million jobs.

The number of people furloughed might be a little lower, though, as some could have more than one furloughed job. While the CJRS has significantly limited job losses, the flow of new Universal Credit benefit claims and early indicators of redundancies suggest that unemployment has risen sharply over the past couple of months. The unemployment rate is expected to rise to 9% in Q2.”