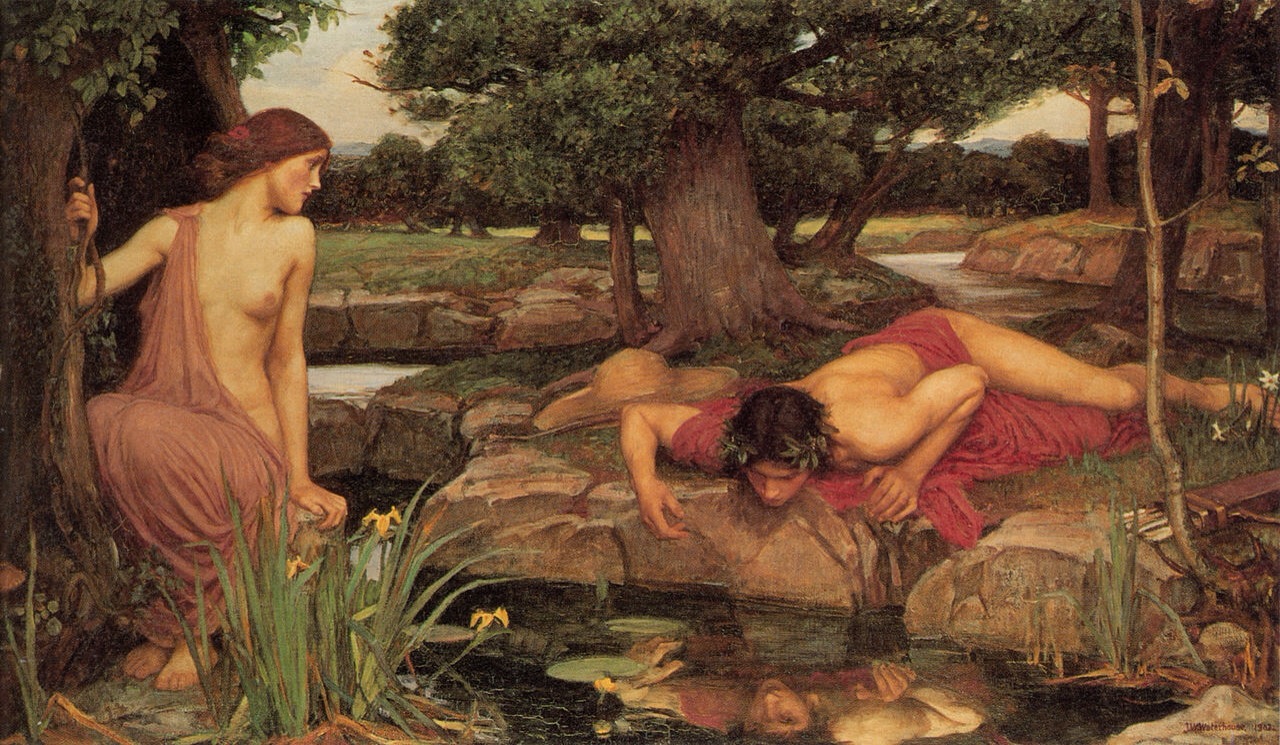 The myth of Echo and Narcissus is one of the most known Greek Myths and Roman myths.

Narcissus, was the son of River God Cephisus and nymph Lyriope. He was known for his beauty and he was loved by God Apollo due to his extraordinary physique.

Narcissus was walking in the woods and Nymph Echo saw him and felt madly in love with him. She started following him and Narcissus asked “who’s there”, feeling someone after him.

Echo responded “who’s there” and that went on for some time until Echo decided to show herself. She tried to embrace the boy who stepped away from Echo, telling her to leave him alone. Echo was left heartbroken and spent the rest of her life in glens; until nothing but an echo sound remained of her.

Nemesis, though, the Goddess of Revenge, heard the story and decided to punish Narcissus who sees his reflection in the pond and he is amazed by the beauty of the reflection. Once he figured out that his love could not be addressed, he killed himself.

Now a new exhibition, Echo and Narcissus, opens at the John Rylands Library taking its inspiration from the classical myth, a cautionary tale of unrequited love and misplaced pride.

The exhibition presents the viewer with numerous mirrors, each dedicated to a literary heroine, provoking reflections of the feminine on several, potentially fragmented, levels.

The statements etched upon them forefront our identifications with memorable characters from great books and the fluidity of meaning over time.

Italian Festival is heading to Manchester

The Life And Times Of Mitchell & Kenyon

Snazaroo and Waterstones team up for a spooktacular event