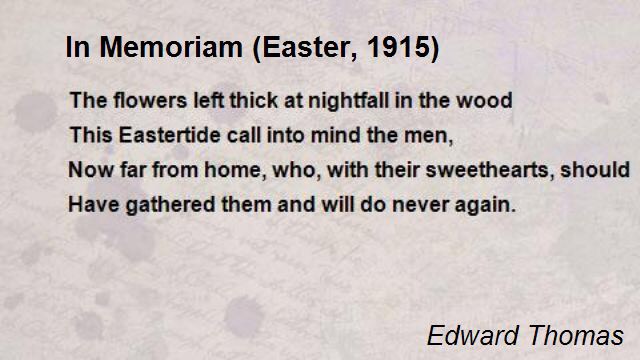 Good Friday was quiet. Grey skies and a westerly wind threatening rain kept a lot of people at home, those that ventured out found the new licensing restrictions curtailed their pleasure.

A few ventured into the countryside and further afield the railway companies reported Blackpool, southport and Morecambe were busy but quieter than usual with the absence of the usual excursion tours.

Manchester Cathedral carried out its customary three hour service starting at midday with another service in the evening while there was a United Service for Free church people at the Albert Hall. Salford Cathedral celebrated mass in two services.

Police were investigating a double drowning in Salford after the bodies of a man and a women were dragged from the canal near Cock Robin Bridge.

Thw women was identified as thirty four year old Emily Hamer wife of a private in the Manchester Regiment from Pendleton.Neighbours said that there had been a drink fuelled argument at her house where she threatened to commit suicide.

The mystery was solved at the Pendleton coroners court after the Easter break. The man was identified as thirty one year old John Barnsley, a collier from Pendlebury,and it appeared that the two had been having an affair. There had been an argument at the house when Mrs Hamer’s sister had seen them leaving a picture house together and gone round to remonstrate.The couple had left the house with another man to show him the way home crossing the Cock Robin bridge.

Barnsley asked his friend to walk on a bit do he may have a word with her.He waited twenty minutes but they was no sign of either of them.

The jury returned a verdict of drowned in both cases.There was no evidence of how they ended up in the water but the coroner surmised that it may have been down to drink.

Despite it being Easter the recruiting offices remained open.Eight people enlisted on Good Friday, bringing  the total to 78,590 since the war began.

An Ardwick man Sgt.  John Gordon was killed at the battle of Neuve Chappelle He was a member of the First Battalion Royal Irish Rifles and had joined the army at the age of fourteen in India where he had remained until being called up back in September as part of the BEF.

The battle also claimed the life of a Levenshulme footballer Bernard Onions, a private in the Kings Royal Rifles. He had volunteered at the beginning of the war attached to a Kitchener battalion in Winchester before being sent to the front.

The former Manchester United fullback Anthony Donnelly wrote home from the front saying that he was keeping fit by playing football behind the trenches.The war was, he said a dreadful affair,  and if people knew the real misery in France and Belgium, it would drive them silly.

There were record crowds at Hyde Road for the visit of Oldham to Manchester City with both teams running neck and neck for the first division championship, the match ended 0-0 which left City top of the league.