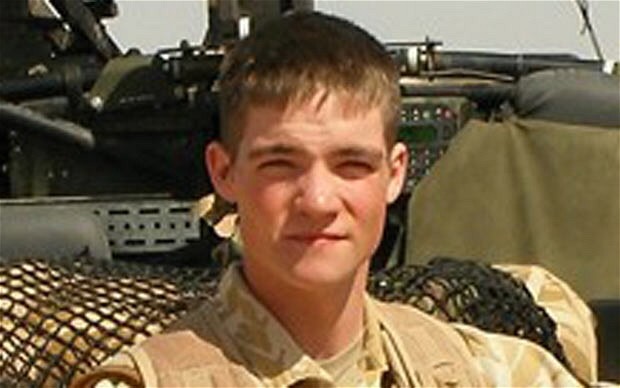 The game is being played the Tony Downes Memorial Trophy.
Neil ‘Tony’ Downes was killed in 2007 when the vehicle he was travelling in was hit by an explosion when on a patrol with the Afghan National Army (ANA) close to the town of Sangin in Helmand Province.

Tony was twenty years old, from Droylsden, he had joined the Army in 2004 and had already completed one tour in Iraq with the Grenadier Guards in 2006.

He lived with his parents Sheryl and Ronnie at the King’s Head pub on Market Street just a stone’s throw from the Butcher’s Arms, the home ground of Droylsden FC.

Former United defender Rio Ferdinand is honoured by the Queen

Firearms officer recognised for his bravery sftrr rescuing women from freezing water of the...