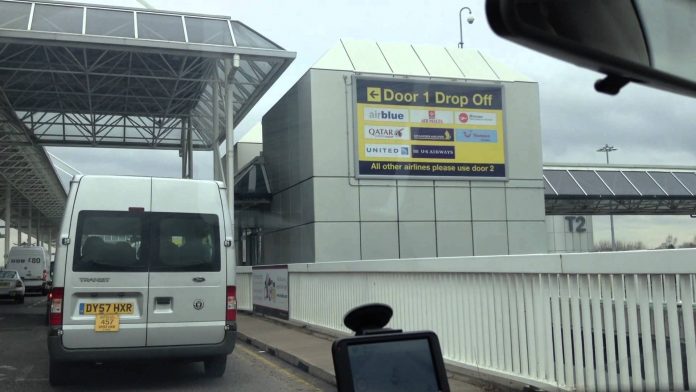 Manchester Airport has confirmed a new system to tackle congestion on its campus will go live on July 10.

In March, it announced it was creating a dedicated drop-off site, from where passengers will be able to board a free shuttle service to their terminal of choice.

It is hoped this measure will help ease growing levels of congestion on the airport campus by reducing the number of cars entering the busiest areas of the site.

Those still wanting to be dropped-off directly outside of the terminals will pay a £3 fee for five minutes or £4 for 10.

There is no change to arrangements for picking people up, with those collecting passengers asked to park in the car parks at each terminal (£4 for 30 minutes).

“Manchester Airport has seen a significant increase in passenger volumes in the past five years and is heavily investing in further growth and improvements to the customer experience, most notably through our £1bn transformation programme.

“This growth, coupled with imposed security restrictions on forecourt capacity and an inability to increase available space, has led to extreme congestion around the estate, especially at peak times. It became clear we had to take a more proactive approach to managing this, as Manchester Airport continues to grow, which is why we are introducing this forecourt management system.

“We are committed to ensuring people can still be dropped off for free at the airport, which is why we have invested in the creation of a dedicated drop-off site and free shuttle service. The location of the site has been carefully chosen due to its proximity to all terminal and the motorway network.

“We have listened carefully to issues raised by passengers since announcing our plans and have been able to respond to many of the concerns raised.

“Staff will be on hand prior, during and after the go live date on Tuesday July 10 to assist any passengers who need guidance or help.”

One of the main drivers of congestion is the high proportion of vehicles recirculating around the campus. At peak times, as many as one in five cars travels onto the forecourt areas at least twice.

To address this, vehicles that do want to pay the drop off charge will not be allowed to recirculate. Those that do will face a £25 penalty.

The free drop off site is located at the current Jetparks 1 site, near to Terminal 2. There will be separate shuttle buses for Terminal 2 and Terminal 1/3. They will run every 15 minutes, with journey times of five and seven minutes respectively.

Since announcing the plans, Manchester Airport has listened to feedback and engaged with a range of interest groups as it finalised the plans for the introduction of the system.

The airport has already confirmed arrangements for passengers with reduced mobility, local users of the airport station and commercial operators, such as private hire taxi firms. Having liaised with disability groups and looking at similar schemes across the UK, the airport has also confirmed Blue Badge holders will be able to drop-off outside the terminals free of charge.

Non-Blue Badge holders who have booked special assistance can use the free drop-off site, where there will be a dedicated help point to communicate with the airport’s assistance provider OCS. All buses travelling to and from the terminals from this location are wheelchair accessible.

A scheme for people living near to the airport who use its Ground Transport Interchange to travel in and out of Manchester and surrounding areas has also been developed, following discussions with stakeholders in these communities.

Early Success in Response to Domestic Violence Challenges, from We Love MCR Charity and...