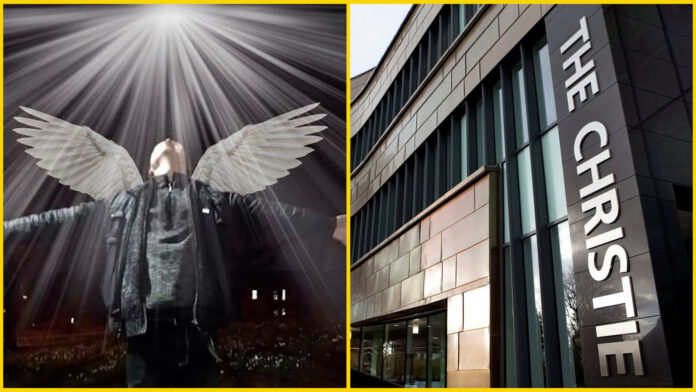 Dove White, who was diagnosed with adenoid cystic carcinoma just six days before Christmas in 2016, is now raising money for The Christie via the ‘Help Dove get his wings’ Facebook page.

Recent reports have stated that tens of thousands of cancer cases have gone undiagnosed due to the pandemic.

Sustained disruption caused by the pandemic throughout 2020 has left a deep rift in cancer care, with 40,000 fewer people starting cancer treatment across the UK last year.

White set up a Just Giving Page in the hope of raising awareness of the rare type of cancer he was diagnosed with in 2016 as well as raising money for The Christie.

Adenoid cystic carcinoma is a type of cancer that begins in glandular tissues. More often it arises in the major and minor salivary glands of the head and neck.

The surgeons successfully operated on White but they found that the cancer had spread to his lungs. Now White is hoping for help from clinical trials to treat the cancer after seeing a specialist in Manchester.

‘It was millimetres below my brain. To get rid of it, they had to operate for 16 hours, going through my upper jaw. I lost the upper right part of my jaw, including my teeth and hard palate. They took bone from my scapula in my shoulder to put into the part they removed.

I lost my ability to smell, my ability to taste and the hearing in my right ear which was a big thing for me, as I love both food and music. It was a totally different type of life from what I had known, but at least I was alive to tell the tale.”

White’s Just Giving page was set up with the aim to raise £300 for The Christie but it has smashed that target. With one month to go the total currently stands at £2,160 which is 720% above the target.

Phase One at Avro Development sells out in just eight weeks