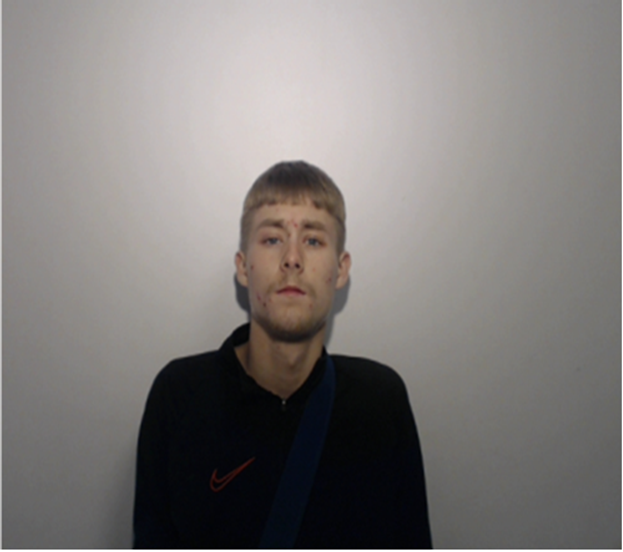 A disqualified driver has been jailed for riding a stolen motorbike on the wrong side of the road during a collision in Oldham, which caused serious injuries to a cyclist during the August bank holiday.

The court heard that shortly after 5pm, Harvey was travelling at speed on a blue Suzuki GSXR 750cc on Huddersfield Road, away from Oldham town centre.

Witnesses told the court that Harvey had overtaken a number of vehicles before going around a bend and driving on the wrong side of the road.

A 54-year-old man was riding his bicycle in the opposite direction when he saw Harvey speeding towards him so applied his emergency brakes.

Due to the abrupt stop, the man went over his handlebars and landed on the pavement while Harvey collided with him on the motorbike.

Harvey’s momentum caused him to skid along the road before further colliding with a road sign.

The victim was left with life-threatening injuries and several serious internal injuries, and was taken to hospital where he remained for nine weeks – including his 55th birthday.

Following his own discharge from hospital, Konnor Harvey was arrested and later charged with several offences.

Detective Sergeant Diana Dyer-Barron, of GMP’s Serious Collision Investigation Unit, said: “This was a shocking incident which demonstrated the complete disregard Harvey had for law-abiding road users who have a legal right to be on our roads; he doesn’t and I’m satisfied that today’s verdict will keep it that way for a while to come.

“Konnor Harvey is extremely fortunate that he wasn’t here today facing a jail term for causing an innocent man’s death, as this collision was so serious that the victim who suffered due to Harvey’s reckless actions was almost killed.

“I would like to pay by best wishes and respects to the victim of this incident as he continues his recovery from injuries suffered on that horrendous day. Hopefully today’s conclusion is a further step towards some closure for him.”

Police refer themselves to IOPC as video shows man tasered while resisting arrest in...

Women pleads with carjacker not to take her 11 month old baby during Moston...