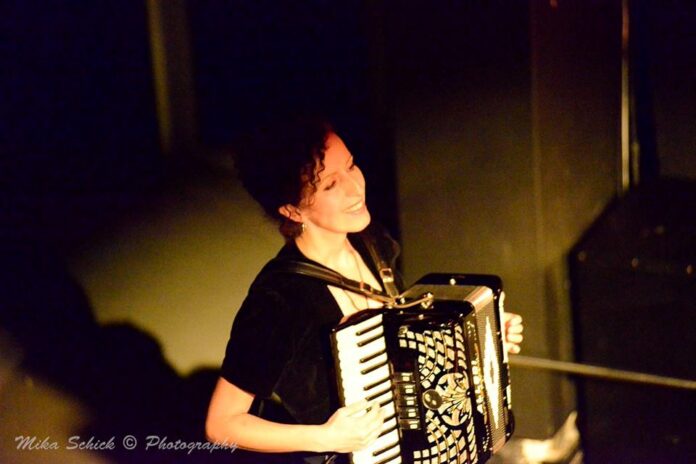 As Manchester Jewish Museum prepares to reopen in Spring 2021, following its major capital development and extension, it has announced a series of trailblazer events and activities to enable audiences to re-imagine the museum, reset the conversation and reconnect with stories from the museum’s collection that are bursting to be told right now.

Their December trailblazer, What Does the Future Sound Like? celebrates the diversity of Jewish music and meets some of the emerging stars redefining the UK Jewish music scene through a series of digital films released over the first six days of the Jewish festival of Chanukah.

In these films musician Francesca Ter-Berg (one half of critically acclaimed duo Fran & Flora) and producer Laura Seddon will host a series of compact, challenging and joyfully musical conversations with special guests Carol Isaacs, Anna Lowenstein, Polina Shepherd and Ana Silvera. Together they explore their own musical identities, transforming traditions and accessing memory and cultural histories to imagine the future. Each of the films will focus on a specific artist and will contain samples of their music.

Audiences will sign up to receive five daily musical films direct to their inbox as the films are released over the first six days of Chanukah (excluding the Saturday). Early birds booking before Friday 4 December will also receive a special Chanukah gift in the post from artist Sophie Herxheimer, who will be responding to the films.

“It has been a fantastic opportunity working with Manchester Jewish Museum and their Creative Producer Laura Seddon to create these five films that really show the breadth and diversity of the genre-pushing contemporary Jewish music scene in the UK. Although we are five very different artists, we have found common threads in our work in how we challenge and transform traditions and conventions to create our own new musical identities, and in the way we care for the stories we tell, as well as for each other.”

Whether you are a new music fan, new-wave Klezmer aficionado or just curious about the UK Jewish music scene, these films are an opportunity to get up close and personal with the female artists on the front line.

Future trailblazers include January’s young Creative Activists’ response to this year’s Holocaust Memorial day theme ‘Being A Light in the Darkness’, February’s culinary delve into the archives with theatre chef Leo Burton and a Spring walking tour going back in time through Redbank and Cheetham with The Bare Project Theatre Company.

These monthly events, a mix of digital and in person experiences, are a taster for the Jewish Museum’s live year-round cultural programme which will include live weekly Thursday Lates when it reopens to the public next Spring.