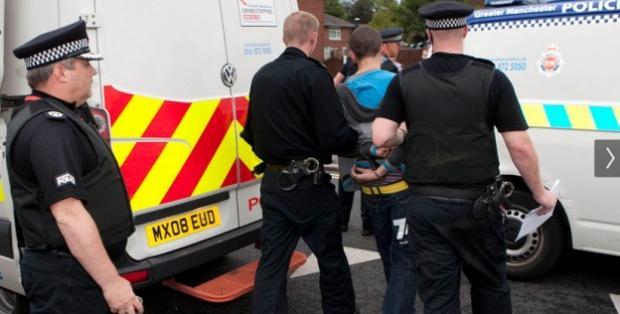 Government promises to protect communities are meaningless without fair and proper police funding, says the Deputy Mayor of Greater Manchester.

Home Office crime figures released yesterday show a five per cent rise in recorded crime across Greater Manchester in the 12 months ending September 2018 – which equates to 14,456 victims of crime. Reports of violent crime and sexual offences show the largest increases, both up 12% and 13% compared to the previous 12 months.

Deputy Mayor Bev Hughes said: “Earlier this week, the Government announced its commitment to tackling domestic abuse and protecting victims and survivors. Whilst I welcome this announcement of new tools and powers, they will be useless if police and the criminal justice partners do not have the resources needed to enforce them.

“Today’s figures once again show that, whilst the rise in recorded crime is lower in Greater Manchester than the national average, local policing continues to be stretched, with continued increases in serious and violent crime. Instead of supporting and investing in our police, ministers seem to remain blinkered to police pressures – apparently oblivious to the experiences of more and more victims, to the women and men who put themselves on the line day in, day out, and to the need to do more to keep communities safe.”

The latest figures come as local residents are encouraged to give their views on the Deputy Mayor of Greater Manchester’s proposal to ask residents to pay more to strengthen police officer numbers and help GMP to respond to the increasing and complex demand in Greater Manchester.

“Once again the Government has shunted the financial burden of policing onto local taxpayers, leaving us very little choice but to consider asking Greater Manchester residents to contribute more to bolster police numbers and tackle the complex crimes that cause the most harm to our communities,” added Bev Hughes.