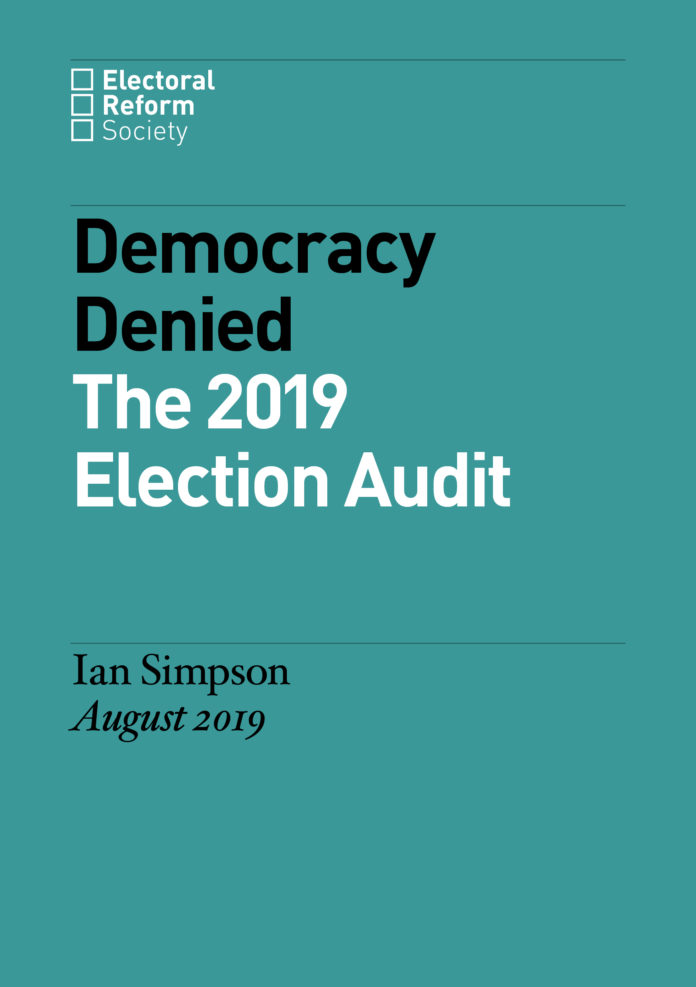 England has large areas which are ‘democracy deserts’, according to a new report on this year’s elections.

Councils across England saw the wrong party winning, hugely disproportionate results, and voters left voiceless with a lack of choice and many seats totally uncontested, new analysis by the Electoral Reform Society shows.

The analysis reveals an electorate trying to break out of the ‘traditional’ party system – but people of all parties left unrepresented by winner-takes-all results. Voters in the European elections saw their choices more fairly reflected.

There were 17 local authorities where the party getting the most votes did not get the most councillors up for election.

And in nearly half (115) of all English local councils, one party was able to secure more than half of the councillors up for election – despite winning less than half the vote.

The ERS uncovered hundreds of uncontested and under-contested seats and wards in councils across England affecting over 800,000 potential voters. “Democracy wasn’t just lacking in these wards – it was effectively cancelled,” the ERS say. In contrast, there were no uncontested seats in Northern Ireland, which has long used the proportional STV voting system.

Despite voters showing a renewed desire to support a wide range of parties, there were approximately 2.65 million voters who live in wards where only a binary choice was on offer in May.

Including Havant Borough Council, where the Conservatives won every single councillor up for election with only a 44% share of the votes cast.

Other areas saw parties that came second in votes get the most seats, including Basildon Borough Council, where Labour won less than a quarter of the vote – almost half the Conservatives’ vote tally – yet elected more councillors.

BMG polling for this report found that more than one in five people (22%) plan to vote ‘tactically’ in the next general election, not voting for who they want, but voting against someone else.

There were some major discrepancies in how different voters were represented in different regions. For example, in the North East it took 2,124 Conservative votes to elect a Conservative councillor and only 1,327 Labour votes.

In the South East it took 2,357 Labour votes to elect a councillor but only 1,325 Conservative votes. in the South West the Liberal Democrats benefited, needing only 1,401 votes to gain a councillor, Labour needed 3,132 votes.

Across the country, the Green Party fared worse, needing over 4,000 votes to elect a single councillor. North East – over 9000 votes per Green elected – and just 1,300 for Labour.

Of parties nationally, only the Conservatives actively benefited from FPTP – though they lost out too in some areas. FPTP is depriving all parties of a foothold in different regions, increasing divisions in UK, the ERS say.

The ERS found that both the European election and most recent Scottish local elections were much more representative of voters than English locals, with far lower levels of disproportionality. 75% of ‘first preference’ votes in Scotland secured representation – compared to just 55% in England, the ERS found

“The return of multi-party politics in the wake of the Brexit impasse seems likely to result in renewed debate about the merits of electoral reform.

“This analysis of how first-past-the-post operated in this year’s English local elections, and how it compares with more proportional systems, provides valuable evidence that will help inform that debate.”

Tribute to Megan, a fun loving,caring and beautiful lady