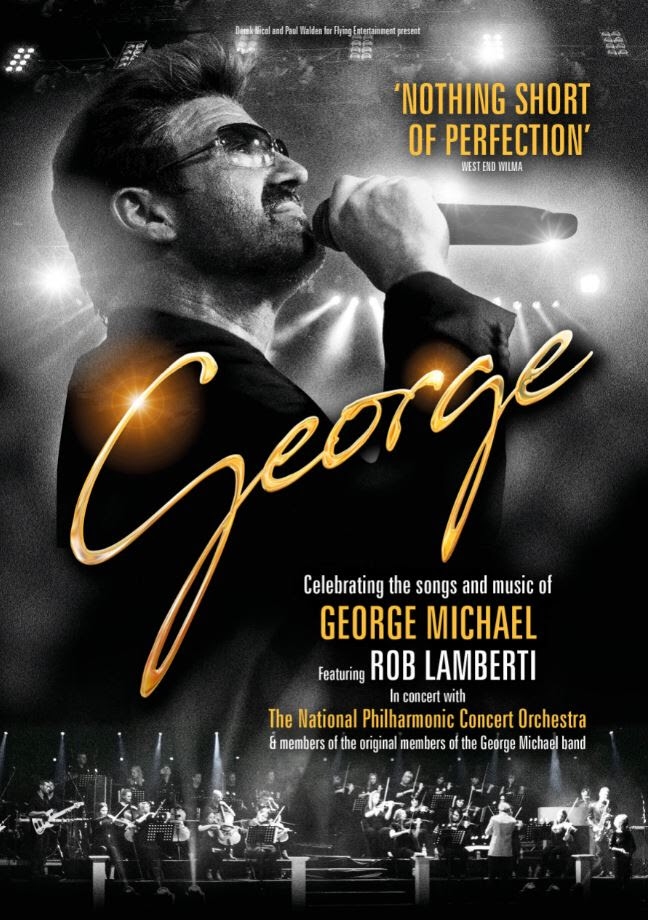 Following its premiere earlier this year in venues around the UK, including a sell-out performance at London’s Eventim Apollo, George – the definitive show celebrating the music of George Michael – will return for a UK tour in 2020 including Manchester’s Bridgewater Hall

Featuring the incredible voice of Rob Lamberti, alongside the National Philharmonic Concert Orchestra, as well as long-time members of George Michael’s original band, the show has wowed audiences around the country and lifted them to their feet, in a dynamic show that tactfully and appropriately celebrates the career of one of the most gifted performers of a generation.

From Wham! all the way through to the diverse eras of George’s hugely successful solo career, including the timeless hits like ‘Careless Whisper’, ‘Faith’, ‘Fastlove’, ‘Club Tropicana’, and so many more, the show tells the story of George Michael in the vast repertoire songs that made him an icon to so many.

The tour in 2020 will call at Glasgow Royal Concert Hall before travelling onto Liverpool, Dundee, Nottingham, Brighton, Sheffield, Birmingham, and Manchester.

George instantly became a fan favourite across social media.  Quite simply, as leading theatre blog West End Wilma called, ‘a… brilliant show…. nothing short of perfection, and what a magical way to pay homage to the late and great, Mr George Michael.’

Ditto the Southern Daily Echo commented that the show ‘… had the entire audience from the stalls to the balcony up on their feet dancing.’

Rob Lamberti is a star in his own right after featuring on the BBC’s ‘Even Better Than the Real Thing’ in 2017. Bearing a voice worthy of performing George’s remarkable catalogue of hits, he has gone on to establish a successful career playing homage to his hero. Rob also features in the upcoming Steve Coogan film ‘Greed’.

Joining Rob to make the show even more of a special occasion is the addition of two of George Michael’s long-time band members: David Baptiste and Carlos Hercules.

Saxophone player David Baptiste performed with George Michael since his Wham! days, including their heralded show in China when the group became the first Western pop group to perform in the country in 1984. He has also performed with artists such as Billy Ocean and Alexander O’Neal.

Carlos Hercules performed as the drummer in George’s band for several years, and was the first drummer to perform at the new Wembley Stadium as part of George’s huge show there in 2007. Carlos has also performed with artists such as The Eurythmics, Beverley Knight and performed live at the London 2012 Olympics Opening Ceremony.

Together, Rob Lamberti, David Baptiste, and Carlos Hercules will be joined by an incredible band as well as the National Philharmonic Concert Orchestra, in a unique, definitive and powerful celebration of the incredible music of George Michael.

This is Not a Safe Space – based on interviews with disabled people about...

Hope Mill Theatre in Manchester and Aria Entertainment announce the next stage of collaboration...