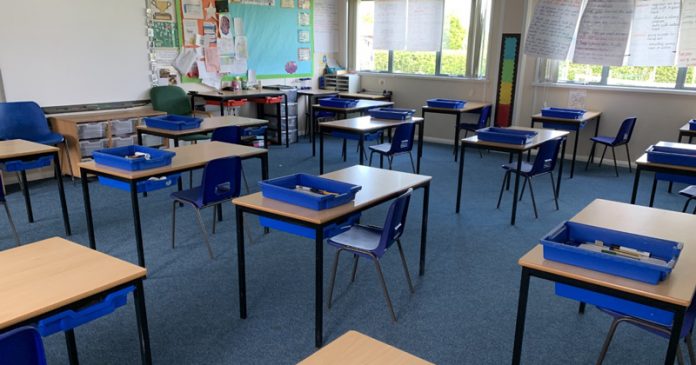 The Children’s Commissioner Anne Longfield has expressed her concerns this morning on the news that schools will continue to reopen until at least September.

She told BBC Breakfast that she is “incredibly concerned” about the long-term impact on children’s education and wellbeing.

“We know that there’s a real variation in learning,We’ve got some children, more affluent children, especially those going to private schools, who are literally attending zoom schools from nine till three in the afternoon with lessons as normal.And we know that 90% of disadvantaged children aren’t going online for more than two hours, if that.

“We also know there’s about a million children who just don’t have the tech or the broadband to be able to learn in this way.Children are isolated, missing their friends, real mental health concerns, and also concerns about safeguarding when they’re at home.”

Robert Halfon, chairman of the Commons Education Committee,urged ministers to adopt a phased reopening of schools.

Speaking to Radio Four’s Today programme, Mr Halfon added that continued school closures could trigger “an epidemic of educational poverty” which would damage the live chances of hundreds of thousands of young people.

Geoff Barton, general secretary of the Association of School and College Leaders, said he was not surprised the plan to bring back all primary pupils before the summer holidays had been dropped.

He said: “The ‘ambition’ to bring back all primary year groups for a month before the end of the summer term was a case of the Government over-promising something that wasn’t deliverable.

“It isn’t possible to do that while maintaining small class sizes and social bubbles, so we aren’t surprised that the policy has been jettisoned.”

“It has been abundantly clear for some time that the announcement by the Government of arbitrary dates for the wider reopening of schools was ill-considered, premature and unworkable.

“The Government’s rush to seek to reopen schools as part of wider efforts to restart the economy has been in the face of deep concerns and mounting evidence that this would contribute to a second wave of infections and deaths from the Coronavirus.

“With the “R” Rate close to or above 1 in a number of areas of the country, decisions to reopen schools more widely could be extremely damaging to public health as well as to the health and safety of children and adults in schools.

“The overwhelming majority of teachers remain extremely worried that with schools opening to more children whilst safe social distancing and PPE continue to be major concerns, wider school reopening is simply not safe.

“In the absence of definitive guidance from the Government, many schools have struggled to understand what they need to do in order to meet appropriate health and safety standards when they do reopen.

“Whilst the NASUWT welcomes the Government’s belated decision to step back from its plans to open schools to even more pupils before the end of this academic year, we are also urging the Government to act swiftly to address the concerns of teachers and headteachers struggling to maintain safe working practices in schools where provision for children has already been extended.

“The Government must now accept that its plans for wider reopening of schools are no longer credible.

“The Government must also make clear to schools that they should revisit their plans and take all appropriate steps to protect the welfare of staff and pupils even if that means pausing planned reopening or closing wider provision in the interests of safety and public health.”

Class of 92 University is given the go ahead