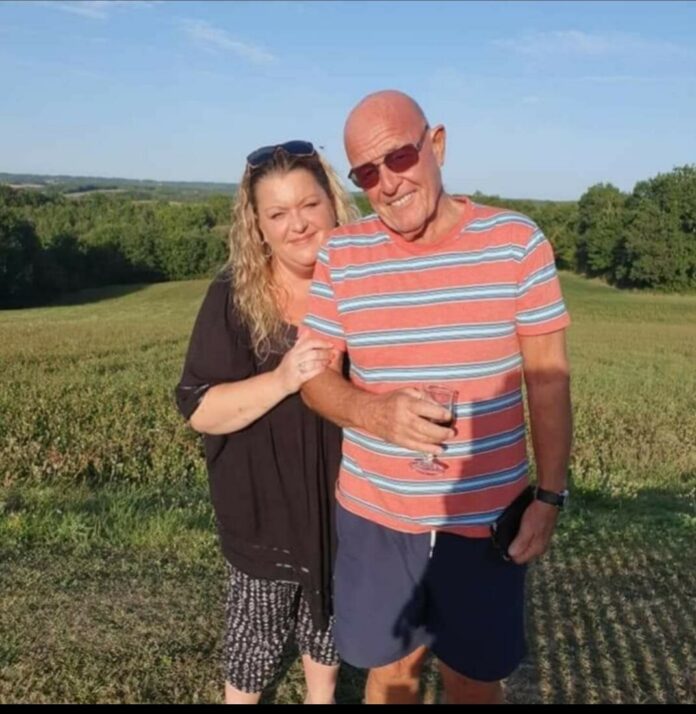 An Altrincham woman who lost her father to a cardiac arrest during the Covid-19 pandemic will pay tribute to his life through the British Heart Foundation’s Heart of Steel.

The father-of-two, who lived in Timperley, was out cycling in the village when his heart suddenly stopped pumping blood around his body, causing him to collapse.

Despite attempts to save him, there was nothing that could be done to help James, and he died at the scene.

“It came as a shock as Dad seemed very fit and healthy and went to the gym every day,” said Wendy, who also lives in Timperley with husband, Chris.

“He had a minor heart operation a few years ago, but after that, he was able to live a normal life. He would always keep himself active and had an allotment for 40 years. If he wasn’t tending to his allotment – or working, or on holiday – he’d be out on a bike ride, especially if it was a nice day.

“On the day he died, he’d gone for a ride and was nearly home. People who witnessed the collapse said he was on his bike, and then suddenly veered towards a garden and fell over a hedge. A neighbour tried to resuscitate him and an ambulance attended, but there was nothing that could be done to save him.”

A post-mortem revealed that James, aged 76, had underlying heart problems which led to the cardiac arrest.

He leaves behind Wendy and brother Peter, along with wife Patricia, who he had been married to for 52 years.

Just four days after his death, lockdown restrictions were imposed due to the Covid-19 pandemic. It meant that Wendy was unable to grieve properly with her family – and only 10 people could attend James’ funeral.

Wendy, who works as an accounts manager, added: “It hasn’t been easy for Mum. When I’ve been over to see her, I’ve had to stand in her garden at a distance, and I’ve not been able to hug her. We haven’t been able to see any other family because they live quite a distance away, so it’s been tough.

“The funeral was limited, and we couldn’t even dress him in his own clothes. He had to wear a hospital gown.

“But what helped us through that day was seeing the neighbours come out of their houses and clap as Dad’s hearse drove up to the crematorium. The hearse also passed the road near his allotment, and a couple of the guys held up their spades in tribute. Dad would have loved that.”

Ahead of Father’s Day, Wendy also decided she wanted to honour her dad’s life by engraving his name on the BHF’s Heart of Steel, a monumental sculpture at Meadowhall Shopping Centre in Sheffield.

She has chosen to engrave her dad’s name along with the poignant message ‘simply the best’ and the date he passed away.

“It’s a lovely way to remember him,” said Wendy.

“We decided on ‘simply the best’ because he really was the best. He’d had a great life and we just didn’t think it would be cut short.

“We haven’t got a grave for Dad. Mum kept his ashes but we’re still not sure what we’re doing with them just yet. It’s nice that, when we can, we can go and see his name on the Heart of Steel.”

Transport for the North representatives meet with Lord Adonis