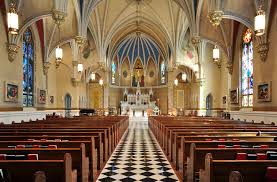 The Catholic Church prioritised its own reputation over the welfare of vulnerable children, with its moral purpose betrayed by those who sexually abused children, according to an independent inquiry.

The 162 page report by the the independent inquiry into child sexual abuse found that ” the Catholic Church repeatedly failed to support victims and survivors, while taking positive action to protect alleged perpetrators, including moving them to different parishes,” the inquiry said.

“Victims described the profound and lifelong effects of abuse, including depression, anxiety, self-harming and trust issues.”

Between 1970 and 2015, the Catholic Church received more than 900 complaints involving over 3,000 instances of child sexual abuse in England and Wales. Since 2016, there have been more than 100 reported allegations each year. The true scale of abuse over the last 50 years is likely to have been far higher.

This report finds that the Catholic Church repeatedly failed to support victims and survivors, while taking positive action to protect alleged perpetrators, including moving them to different parishes. Victims described the profound and lifelong effects of abuse, including depression, anxiety, self-harming and trust issues.

In recent years, senior leaders have been resistant to external oversight and have only partially implemented the recommendations of previous reviews, such as the 2001 Nolan report and 2007 Cumberlege report.

As the most senior Catholic leader in England and Wales, Cardinal Nichols should be leading by example. However, when he apologised for the Catholic Church’s failings in our 2018 hearing, he did not acknowledge any personal responsibility or show compassion for victims in the recent cases we examined.

At times, the report finds, Cardinal Nichols has shown he cares more about the impact of child sexual abuse on the Catholic Church’s reputation than on victims and survivors.

The Holy See and the Apostolic Nuncio, its ambassador to the UK, did not provide a witness statement to this Inquiry despite repeated requests. They had been asked about the Apostolic Nuncio’s involvement in handling child sexual abuse allegations at Ealing Abbey, as well as other issues. The Inquiry could not understand their lack of cooperation.

The report concludes that the Holy See’s actions stand in direct contrast with Pope Francis’ public statement on child sexual abuse in 2019, calling for “concrete and effective actions that involve everyone in the Church”.

The Inquiry has held seven weeks of public hearings in this investigation, including case studies into the English Benedictine Congregation and the Archdiocese of Birmingham.

It makes seven recommendations to better protect children in future, focusing on key issues including leadership, training and external auditing.

“For decades, the Catholic Church’s failure to tackle child sexual abuse consigned many more children to the same fate.

“It is clear that the Church’s reputation was valued above the welfare of victims, with allegations ignored and perpetrators protected.

“Even today, the responses of the Holy See appear at odds with the Pope’s promise to take action on this hugely important problem.

“While some progress has been made, there still needs to be lasting change to culture and attitudes to avoid repeating the failures of the past.”

The Manchester College opens Centre of Excellence for Medical Sciences