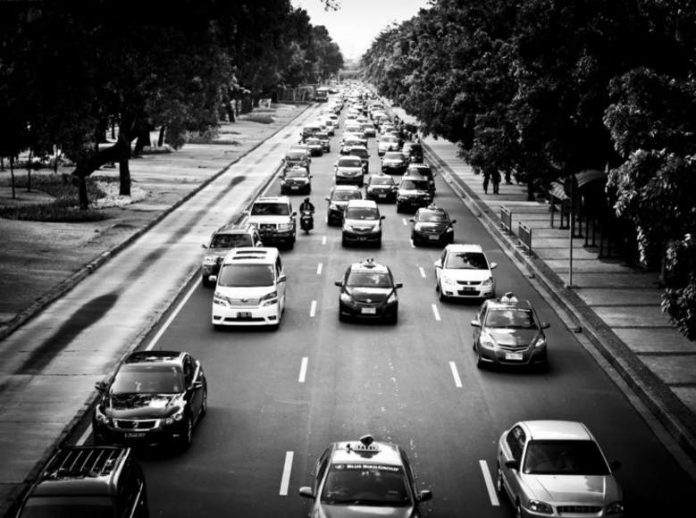 Preventing free car parking can help to reduce congestion, pollution and urban sprawl. Such generous parking requirements steal cities of energy and beauty, as it can lead to not only more traffic in cities, but, as a direct consequence, less people using public transport, cycle lanes and walking.

A plentiful supply of free or inexpensive parking spaces will result in them becoming overused, and the competing method of travel within cities could suffer (cycling, busses and trams – all more sustainable ways of travel compared to cars). The more car-oriented a city is because of huge car parks and consequent declining air quality, the less appealing walking and cycling become.

This is generally the case in cities worldwide. In Boston, Los Angeles and Chicago, most parking meters charge just $1.25 an hour. Because parking here and in many other American cities is cheap and easily accessible, they have set about creating more parking spaces, which creates more traffic, which then requires more spaces, and so on. An unpleasant cycle of constructing for stationary vehicles arises.

European cities have taken a more ambitious stance to parking. Over the past 40 years, Copenhagen has gradually reduced its parking supply, in stark contrast to most world cities whereby private parking has increased. Raising the price of its parking and the development of underground facilities on the city’s outskirts has seen city centre parking spaces decline.

Since 2003, Paris has reduced its supply of street parking by about 9 percent by shifting them underground and starting to charge for 95 percent of spots that were previously free. Although schemes like this may motivate some to walk or use bike lanes, traffic volumes may rise as drivers spend more time circling for on-street parking.

Zurich has been amongst the most determined. In 1996, the city decided to cap the number of parking spaces. When new spaces are built in Zurich, an equal number of spaces must be eliminated elsewhere. The result is a city that has become more pedestrianised, supportive of walking, cycling and transit use, where people come first. Manchester should follow such European initiatives.

Free parking is not, of course, really free. The costs of building and maintaining them can be passed onto the people who use the buildings to which they are attached. City flats and rents can be more expensive and office workers may be paid less. Parking adds 67% to the cost of building a shopping centre in Los Angeles. The money and land wasted on car parks makes life costlier for everyone, even those who do not drive.

The biggest cost of parking spaces however may be the economic and environmental activity they may prevent from occurring. In an attempt to decarbonise Manchester, any given area of land that is currently a car park could be used more productively – whether that be more green spaces or an arts centre, ultimately improving the wellbeing of the people who live in our cities.

Also, Motorists don’t come close to covering the price of maintaining the roads they use. The huge subsidy to fund this gap is covered by all types of tax, whether that includes people who drive or not (granted those who don’t drive still may ‘use’ roads in the form of public transport or cycling).

Because fees to use the roads are therefore seen to be too low, there is excess demand for the road system. If roads were priced to recover even the cost of maintenance, driving would be noticeably more expensive, and people would have much stronger incentives to drive less, and to use other forms of transportation, such as transit and cycling.

Researchers have found that much of traffic consists of drivers looking for spaces – ‘cruisers’. Cities often create the incentive for drivers to cruise when they charge less for curb parking than the price of adjacent off-street parking. In this case, you can cruise to find a curb space being vacated by a departing motorist or pay for off-street parking right away.

A study of a neighbourhood near UCLA’s campus showed that drivers cruised in the area looking for a parking space for an average of 3.3 minutes. In total, 950,000 extra miles were travelled over the course of a year, emitting 730 extra tons of CO2.

How can we address this issue? Creating a unified parking tariff system in cities can stop cruising. The price of curb parking needs to rise to at least equal the price of adjacent off- street parking, if cruising, and therefore congestion, is to be reduced. If both options to park costs the same, why drive around hunting for a curb space? However, almost all American cities have chosen the wrong policy – adopting plentiful of off street parking rather than charge a fair market price for scarce curb parking.

But we can’t just implement new parking policy. For it to be successful, investments in public transport, cycling and walkways needs to be adopted too. Carbon dioxide emissions per passenger for train and bus are, on average, six to eight times lower than car travel. In many western cities, buses and trains are increasingly becoming electric powered. This can potentially lead to huge decreases in greenhouse gas emissions in the future.

On the other hand, motor vehicles account for 51 percent of carbon monoxide and 33 percent of the carbon dioxide in the air, contributing to worsening air quality and global warming. The poor air quality in our cities in linked to 40,000 early deaths a year in the UK alone.

Cars can similarly pollute water sources through a variety of ways, such as runoff of fluids, chemicals and oil. The environmental impact of cars does not end once a car stops being driven. More than 10 million cars are scrapped each year. About 25 percent of these cars are not recycled and end up in landfills. But the growth of electric vehicles and self-driving cars in the future can help to curb the environmental damage already caused.

The solution is simple – end free parking and aim to cap the amount of available parking spaces in cities, which, Manchester and other European cities, are quite good at. Combining this with smarter investment in public transport will help our cities to become cleaner and more efficient. If Manchester is serious about becoming a zero-carbon city by 2050, and becoming a world leader and protagonist for decarbonisation, we should be serious about parking, so that people, and not metal boxes, can thrive in our cities.