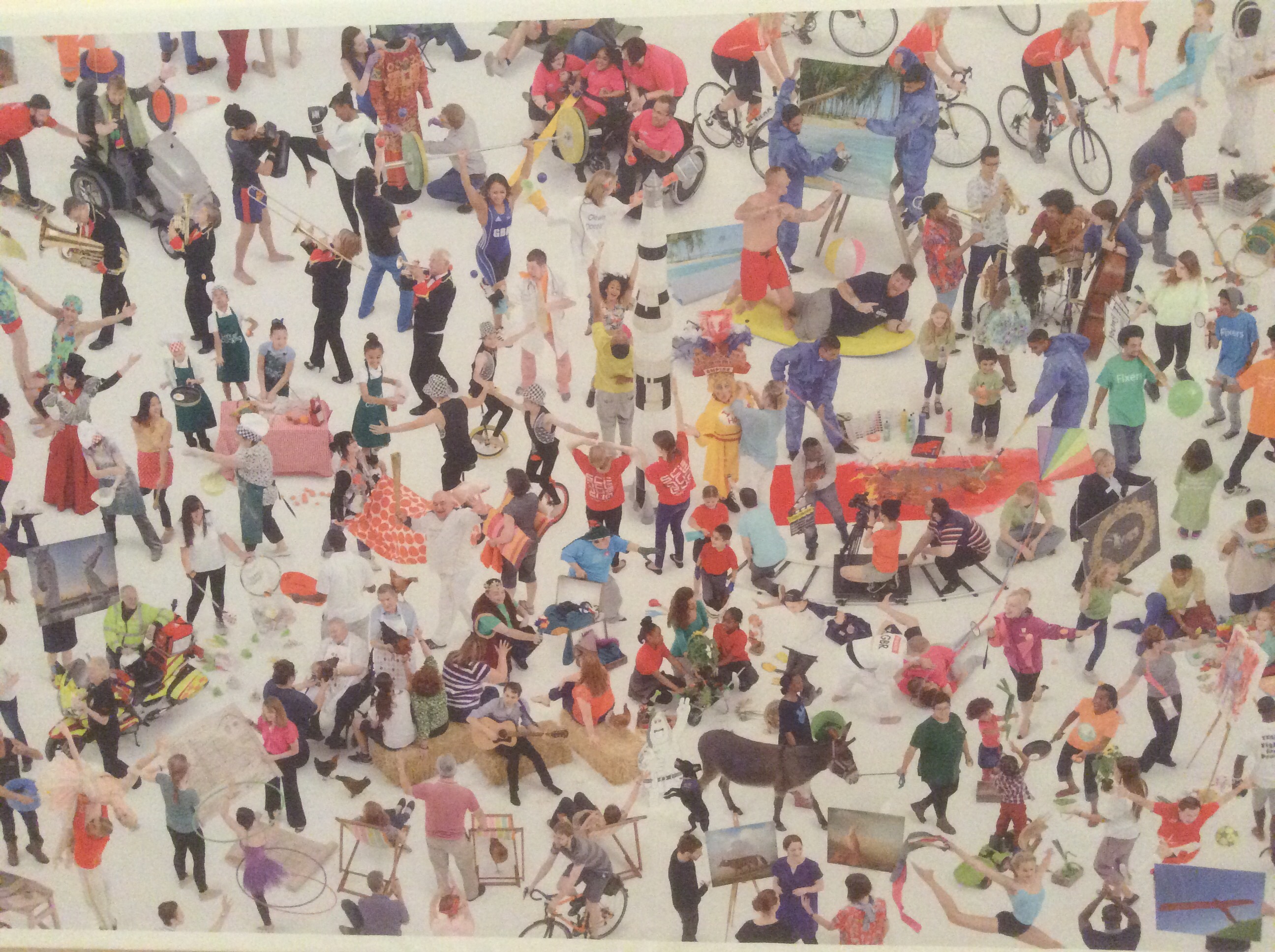 Ed Vaizey MP, Minister of State for Culture and the Digital Economy, unveiled The National Lottery’s Celebratory Image at The Lowry, earlier this week
The Celebratory Image, a giant art piece that depicts over 150 people from Lottery-funded projects, was created to mark the 20th anniversary of The National Lottery and showcase the variety of projects that have benefited from grants.

North West projects featured in the image joined the Minister and Chief Executive of The Lowry, Julia Fawcett OBE, in unveiling the artwork at the Lottery-funded centre, as part of the nationwide gallery tour that the image is currently being taken on.
Local projects in the image include Manchester based Breeze Network, a women’s cycling group; North West Blood Bikes, a volunteer medical transportation service; and youth project somewhereto_.
The North West projects were greeted by the Minister before he spoke about the importance of National Lottery funding to Salford and across the rest of the UK.
Culture Minister Ed Vaizey said:
“This wonderful artwork is a fitting tribute to the diversity of the incredible projects funded by the National Lottery. Thanks to the generosity of National Lottery players, many more people across the country can enjoy great art and culture and get involved in sport in their local community.”
Julia Fawcett OBE, chief executive of The Lowry, said:
“It is incredibly exciting to have the Celebratory Image on show at The Lowry as part of its tour of Lottery-funded galleries across the UK.”
“We are immensely grateful for the significant amount of National Lottery funding that the centre has received. Through Lottery support, The Lowry is now one of the most successful cultural regeneration projects in the world, sitting as the cultural heart of MediaCityUK, the UK’s fastest growing creative and digital hub.”
Thanks to Lottery players, £34 billion of National Lottery funding has been invested into 450,000 projects since its launch in 1994. The Celebratory Image highlights the breadth and diversity of this funding available to people in the UK.
The National Lottery’s Celebratory Image will be on show at The Lowry, which has received over £84 million in Lottery funding, as part of a nationwide tour to ten different venues. The image can next be viewed at The Falkirk Wheel visitor centre, Scotland, from 23 November.