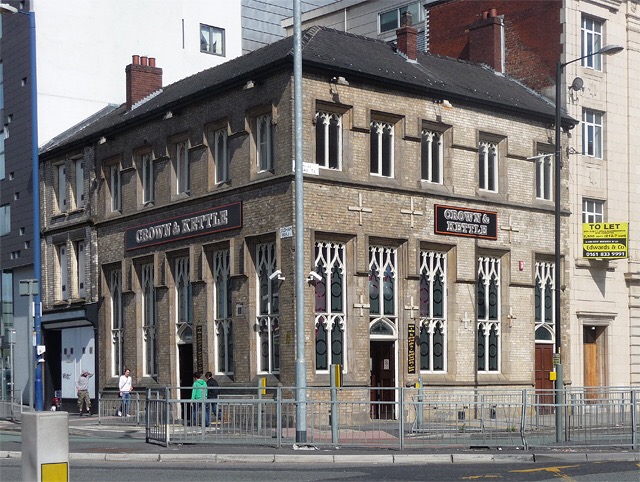 The historic Crown and Kettle pub in New Cross has been named amongst Britain’s sixteen best pubs.

The best pubs in Britain as judged by CAMRA, the Campaign for Real Ale, have been released to mark the launch of the Good Beer Guide 2016, which publishes today.

This Grade II listed free house reopened in 2005 after 16 years in co-operation with English Heritage with particular attention to the fine and unusual ceiling. The central bar serves up to nine ever changing real ales with an emphasis on local independent brewers. There is a large drinking area in front of the bar along with a small vault and a snug at the rear. The pub itself dates from around 1800 and was quite prosperous due to its junction location and proximity to the nearby Smithfield Markets. There is no hot food but locally produced pork pies are available.

“Being named in the Top 16 in Britain is something these pubs should be hugely proud of and is testament to how hard each of the pubs work to get this far, winning their local and now regional pub award. The next step for all of these pubs is to be judged against each other in the National Pub of the Year competition, which will see one of the 16 crowned as the best pub in the whole country.”

Last undeveloped site at Salford Quays set to be built