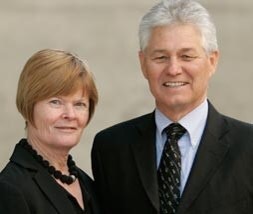 A new book written by two University of Manchester academics has being hailed as the most in-depth and comprehensive study of murder.

Husband and wife team Rebecca and Russell Dobash spent three years analysing 866 case files (786 men and 80 women) and interviewed 180 men and 20 women convicted of murder and serving a life sentence in prison and the results they hope will give a better insight into how to intervene in a early stage to prevent killings.

Their interviews and analysis found three types of murder, intimate partner murder, sexual murder and the murder of older women,the researchers compared each of these types to those in which men murder other men and uncovered data about the relationships between the victim and the perpetrator.

Women are victims in around 30 per cent of recorded murders says Russell and the three types of murder show both unique and common patterns.

In the case of intimate partner murders, the motivation is jealousy of the wife, or girlfriend and while says Russell we often hear of crimes of passion and accidental killings, in reality that is not the case.Most murders he says are of ” a change the project type”  when the jealousy reaches a point where the only outcome is killing.

This can extend to future partners, children and even people who try to protect he victim, it is the killers way of punishing the partner.

The study found that many of the warning signals can be seen in the murderers background, alcohol or drugs, failure to keep a steady job and difficulties in relationships as well as the use of violence to solve problems. Even in the cases of the murders that we read of as occurring in so called happy families, the warning signs are often there.

For sexual murders, the same warning signs are there.Russell tells us that he was surprised how little research had been done in this area. Serial killers had been studied but the individual occurrences were less well documented.

Here the victim is rarely a total stranger, the murderer wil often have observed his victim, following her home, watching her daily routine and then pouncing. But only a small number intend to kill, the killing comes on,y when the victim fights back against the sexual assault.

The third category is that of older women. Professor Dobash stresses that this is a very small proportion of overall murders but draws our attention to the fact that it will become a greater one as the population ages.Here the murders fall into two categories, robbery and sex.Again the murderer does not intend to kill but is often panicked when recognized or to prevent recognition. Rarely, says the study, is the victim a total stranger.

What lessons should we then learn? Besides giving the various agencies greater knowledge says professor Dobash , we should learn how and when to intervene.

The Criminal  justice system in England, Wales and Scotland has improved dramatically in recent years in recognizing the signs and and Professor Dobash maintains that institutions should be able to intervene at a early age.

Met’s Mel up for top award