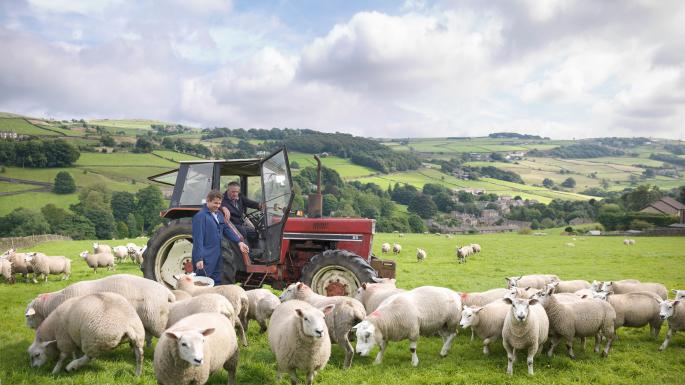 Crashing out of the EU without a deal will leave the countryside in ruins says an uplands farming expert on her return from a major factfinding visit to Japan.

Professor Lois Mansfield, director of University of Cumbria’s Ambleside campus, fears a ‘nightmare scenario’ resulting in a loss of precious landscape, heritage and the people who maintain critical areas for flood control and climate mitigation.

She added: “And on top of that, there would be rising costs of importing food from places with far less stringent animal health and welfare and poorer chemical controls than ours.

“Furthermore, food poverty would increase, which in turn could have a knock-on effect on the nation’s health and cost of the NHS.”

She explained: “The Japanese are very good at taking ideas from other places, adapting them and making them better.

“We need to act now, otherwise in 10-years we’ll look back on this period and ask why we abandoned our upland farmers and how we allowed our landscape, culture and lives to become impoverished.

“Agriculture here needs sensible financial backing to change direction. Hill farming has operated through subsidies for 70-years and a transition period has to work effectively, allowing businesses to restructure in a measured way.

“We need leaders who understand and care about what happens in our countryside. The recent furore about eating less red meat shows how generalisations and inaccuracies are underpinned by a lack of awareness of how agriculture works, in the UK in particular.”

Better brand marketing at home and abroad for all uplands’ food also has to be achieved, she argues. It’s quality, not quantity, in which we should be investing.

“We should stop obsessing about environmental stewardship funding and broaden support to cultural and social capital – the glue which holds communities together and makes them more resilient to change.

“Generating these forms of capital allows rural communities to underpin natural capital automatically. If there is no one left to manage rural areas, our biodiversity is doomed.

“Future funding processes have to be made simple and hill farmers need to look at all their assets – going beyond traditional food production.

“Communities should get involved with projects that help land managers produce the range of goods and services we all need and benefit from.

“We are all responsible for upland landscapes and what they provide for society, whether that’s food, water, climate or flood mitigation.

Prof Mansfield spent four weeks in Japan, where the emphasis was on Yoshino-Kumano National Park, which has a number of World Heritage Sites, and met Ministry of Agriculture leaders and rural development staff.

Land abandonment, rural depopulation and labour loss has taken hold and Prof Mansfield said she had feared the worst before her visit.

She added: “Instead, I found people fighting hard to diversify, add value and use their cultural heritage to allow agriculture to function and even thrive.

“Sometimes, it’s important to look at a problem down the other end of the telescope. Going to Japan has allowed me to do this. Inspirational country, inspirational people.”

A Lidl less conservation – up to a third of supermarket packaging not widely...