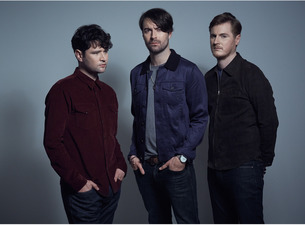 The Courteeners will mark the 10th anniversary of their debut album with a new, fully re-recorded version of the seminal record St Jude Re:Wired and will headline two massive shows including a homecoming show at Manchester Arena.

Following Liam Fray’s recent sold out acoustic tour of the UK, the band have recorded an unplugged version of St. Jude for release on 6th April 2018 via Ignition Records.

Originally released in April 2008, St. Jude charted at no 4 in its first week and went on to win the inaugural Guardian First British Album award, beating albums by Duffy, Adele and Glasvegas. The record saw Courteeners present to the world outside a first set of songs that perfectly soundtracked modern life in the UK. Lead track Not Nineteen Forever has amassed over 20 million streams on Spotify alone.

Courteeners’ most recent album – Mapping The Rendezvous – was certified silver shortly after release; their most recent Manchester headline was to a sold out 50000 crowd at the Emirates Old Trafford. A headline show at the inaugural Neighbourhood Weekender in Warrington (26thMay) sold out the day it went on sale. The band also play Glasgow’s TRNSMT on Sat 30th June.