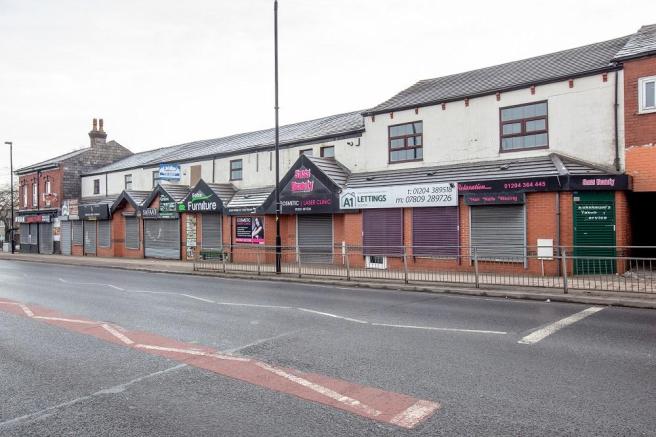 Over 90 officers and staff raided Lawrence House in Manchester this morning after intelligence-led research highlighted that the premises was housing illegal immigrants who were being used to manufacture counterfeit footwear and sports clothing.

As the building was around 700sqft in size, a large number of staff were assembled and deployed, which were made up of partners from Immigration Enforcement, Border Force, Police Officers from Op Challenger, City of Manchester Police, City of London Police, Manchester City Council, the Drone Unit, North West Regional Organised Crime Unit and other private industry partners.

The British Red Cross were on hand at a rest centre to provide emotional support, clothing, and refreshments to potential victims evacuated as a result of the operation.

No victims of modern slavery were found on-site, however a large amount of counterfeit goods were discovered, that on first-look is being estimated to have a street value of millions of pounds.

DI Jamie Pearson said: “Although we didn’t find any victims of modern slavery today, we have seized a huge amount of counterfeit goods that have been made illegally.

“This warrant is the first to be conducted through a new multi-agency approach called Op Magpie, which aims to highlight the human cost of counterfeiting by tackling intellectual property crime, counterfeiting and the associated crime and anti-social behaviour in the areas of Cheetham Hill and Strangeways.

“We will continue to lead a focused approach to tackling modern slavery in Cheetham Hill and Strangeways in order to prosecute any offenders.”

Councillor Rabnawaz Akbar, Executive Member for Neighbourhoods, said: “The fake goods industry is an insidious one and I hope the message taken away from Operation Magpie is that this is not a victimless crime.

“A person may think when they buy a pair of fake trainers or knock off designer clothes they are striking a blow against multi-million pound brands. In fact, what they are doing is putting money into the hands of some of the most deplorable criminals in our society.

“This industry is a conduit for modern slavery, human trafficking, drug dealing and a host of other illegal enterprises. We are fully committed alongside Greater Manchester Police in shutting down these criminals for good.”

Man charged with murder of 62 year old woman in Shaw

Man requires surgery to remove a number of gun pellets from his abdomen after...