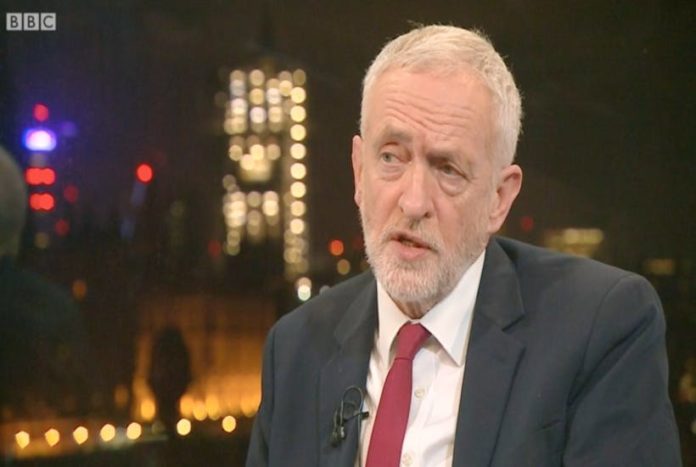 Jeremy Corbyn insisted his party has a good approach to dealing with antisemitism, after the Chief Rabbi attacked what he called an new poison sanctioned from the very top’ in Labour.

The Labour leader refused four times to apologise for antisemitism in his party during his interview with Andrew Neil broadcast this evening.

He fared little better on other subjects,on Brexit his neutrality sounded unconvincing as Neil pushed the question, who in Labour would lead the campaign to leave in a new referendum.

He blundered on taxes, with pressing him on the top one per cent of taxpayers, the thirty one thousand who contribute twelve per cent of income tax and what happens if they decide to leave in the event of a Labour government, while his pledge to compensate the ‘Waspi’ women that will cost £60bn, when asked how will Labour pay for it, Corbyn fumbled again.

And finally the big question.When he is Prime Minister.The next leader of Isis is surrounded by British special forces. ‘We can get him. Would you give the order?’

Corbyn can take some consolation in that Andrew Neil has subjected Nicola Sturgeon to a similar grilling the night before and will no doubt give the likes of Boris Johnson, Nigel Farage and Jo Swinson the same grilling over the course of this week, but will this be a pivotal moment?

We want nothing to do with the NHS says Trump