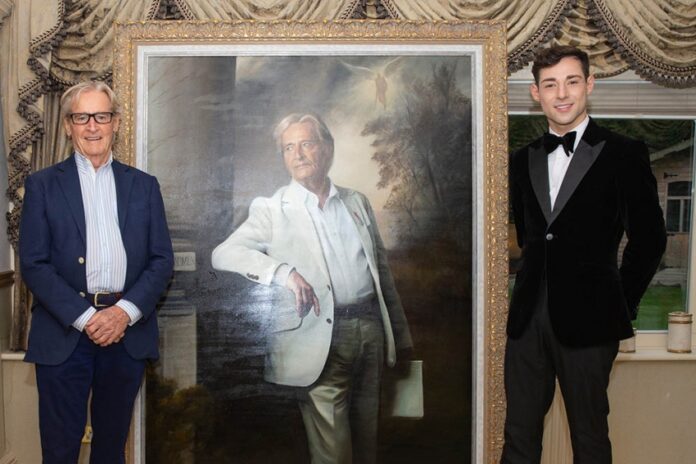 To mark the occasion, Coronation Street has commissioned Manchester based classical portrait painter, Michael Koropisz, to paint a portrait of Bill which will hang in pride of place in his Cheshire home.  Michael specialises in grand, elegant portraits of notable figures who commission his work for their own homes or private collections.

The portrait was unveiled live earlier today (30 November) on ITV’s This Morning as TV reporter Sharon Marshall interviewed Bill about his Coronation Street career, retaining his status as the longest serving actor in a continuing drama in the world and how he only ever expected to play Ken Barlow in the Manchester based programme for 6 weeks!

Adhering to the Government’s health and safety guidelines for TV production, Bill was filmed by This Morning unveiling the portrait which Michael was able to paint during lockdown.  Fortunately, Bill had undertaken sittings for Michael in January and February of this year, which meant Michael had already made important decisions about how he was to capture Bill.

In keeping with social distancing guidelines, 25 year old Michael, who achieved a Fine Art and Art History degree in 2018, taught himself to paint in the traditional style whilst studying at the Manchester School of Art.  He was present in Bill’s garden to see first-hand the reaction to his work.

“I cannot thank ITV enough for their wonderful anniversary gift. It is an honour to have a portrait painted and is always a joyful reminder of my sixty years in Coronation Street, something that I will always treasure. Thank you, ITV, and artist Michael Koropisz.”

Pooches get their own dog friendly sleepover

Manchester Expert calls for accents to be addressed in teachers’ guidance