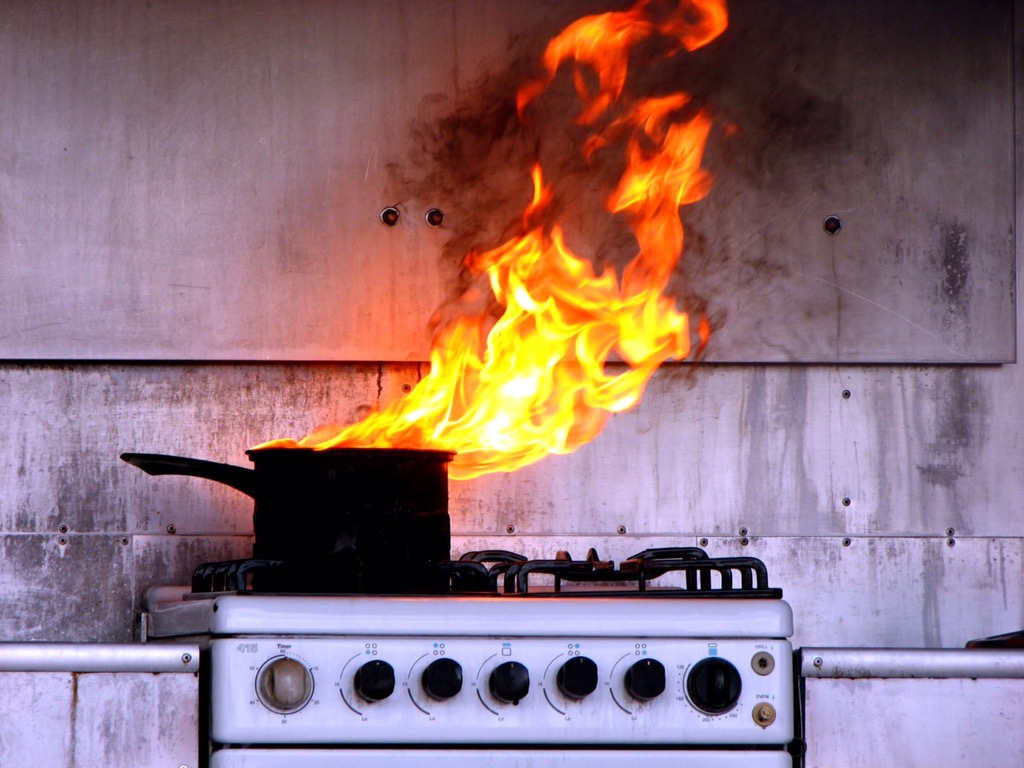 GREATER Manchester Fire and Rescue Service is urging people to stay safe when cooking after rescuing a woman from a house fire in Tyldesley.
Firefighters from Farnworth and Atherton were called to Nelson Street, after a blaze caused by a chip pan at 3pm yesterday.

Using breathing kits, a hose reel and ventilation fan, crew rescued the woman and a fire service trauma technician provided first aid before she was taken to hospital by the ambulance service. A further two people had left the house before firefighters arrived and were uninjured.

The Tyldesley incident followed two other significant cooking fires in Wythenshawe and Wigan in the previous 24 hours.Firefighters were called at 11.52am yesterday, Monday, to Snowden Avenue, Wigan, where a fire started with a pan on a cooker. Crew wearing breathing kits used a foam extinguisher and ventilation fan to put the blaze out.

The previous day, Sunday, crews from Wythenshawe and Altrincham attended a chip pan fire on Mallory Walk, Wythenshawe. A casualty was led to safety and taken to hospital by ambulance.
Councillor David Acton, Chairman of Greater Manchester Fire and Rescue Authority, said: “It’s so easy to get distracted when cooking, so please make sure you never leave a pan unattended and don’t cook if you’re feeling drowsy, tired or drinking alcohol.

“I would urge people to ditch their chip pans and swap them for safer alternatives such as deep fat fryers.More than half of all house fires start in the kitchen but you can reduce your risk of a serious fire by ensuring you have a working smoke alarm that’s correctly fitted and checked regularly.”

Oldham man jailed after he set up five fake companies to illegally gain over...