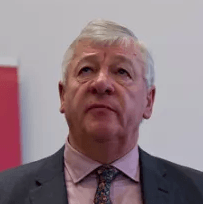 Manchester MP Graham Stringer has said that ‘It’s absurd to say a man who is a congenital liar is the best man to lead this country.’

Speaking to GB News,The MP for Blackley said that back in 2019 the electorate thought that he was a refreshing change but the joke he said has now worn thin and people need a Government that is serious about tackling the things that really matter

“This Prime Minister has disgraced his office and let down our country. After all the sleaze, scandals and failure, it’s clear his Government is collapsing.

His cheerleaders have been complicit every step of the way, through all the lies and law-breaking. Britain deserves better.”

Study reveals how little we know about each other’s intentions