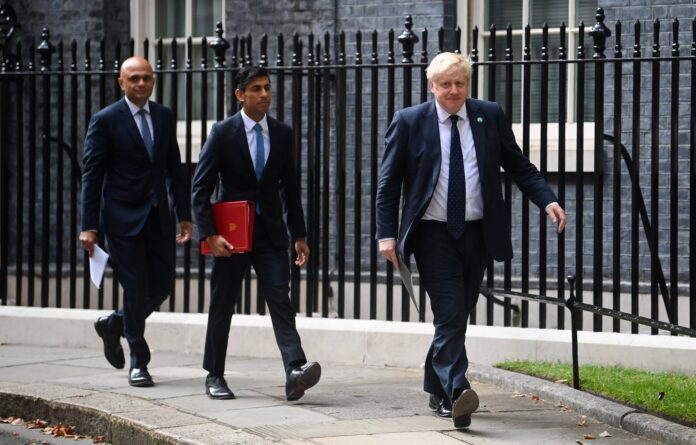 In his resignation letter to Boris Johnson,Javid says

The tone you set as a leader, and the values you represent, reflect on your colleagues, your party and ultimately the country. Conservatives at their best are seen as hard-headed decision-makers, guided by strong values.

“We may not have always been popular, but we have been competent in acting in the national interest. Sadly, in the current circumstances, the public are concluding that we are now neither. The vote of confidence last month showed that a large number of our colleagues agree.

“It was a moment for humility, grip and new direction. I regret to say, however, that it is clear to me that this situation will not change under your leadership – and you have therefore lost my confidence too.”

“The public rightly expect government to be conducted properly, competently and seriously.

I recognise this may be my last ministerial job, but I believe these standards are worth fighting for and that is why I am resigning.

Earlier Johnson had released a statement saying “I apologise to everybody who has been badly affected by it. I want to make absolutely clear that there’s no place in this Government for anybody who is predatory or who abuses their position of power.”

Several cabinet ministers have come out in support of Johnson including his deputy Dominic Raab and Steve Barclay, Cabinet Office boss and PM’s chief of staff, confirmed to be staying while culture Secretary Nadine Dorries tweeting

“I’m not sure anyone actually doubted this, however, I am 100 per cent behind @BorisJohnson the PM who consistently gets all the big decisions right.”

Andrew Murrison MP has announced on Twitter that he has resigned as a trade envoy in the last few minutes while his former Brexit Secretary Lord Frost has tweeted That the Chancellor and the Health Secretary have done the right thing and Ben Afolami has just announced that he is resigning as Conservative Party Vice Chair.

“The Conservative party has always been the party of integrity and honour but recent events have undermined trust and standards in public life. It is for this reason that sadly, I must resign.”

Labour leader Sir Keir Starmer has said that this evening’s resignations signal that “this Government is now collapsing”, and has urged other cabinet members to also resign or oust Boris Johnson

Rishi Sunak has shot to bookies’ favourite to succeed Boris after his resignation this evening.

Two arrested, one in Manchester over Texas Synagogue siege