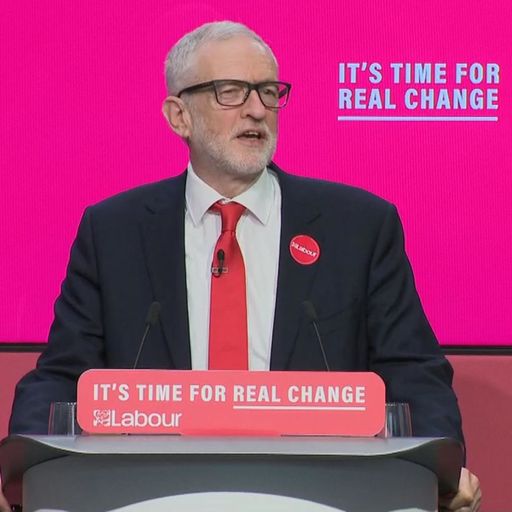 The US president who led his country out of the Great Depression, President Franklin Roosevelt, had to take on the rich and powerful in America to do it.

Telling the audience that the billionaires and the super-rich, the tax dodgers, the bad bosses and the big polluters – they own the Conservative Party, Corbyn promised no increases in VAT or income tax or National Insurance for anyone earning less than £80,000.

“That’s no tax increases for 95% of taxpayers.@We’ll deliver real change for the many and not the few.That’s what this manifesto is all about.” adding

“And you really can have this plan for real change because you don’t need money to buy it.”

The manifesto promises twelve tax changes, raising an additional £82.9 billion, a windfall tax on oil companies to pay for climate damage while pledging to scrap rises in the state pension age.

They will give EU nationals living in UK the automatic right to stay and will reinstate 3,000 bus routes that have been cut

Pollwatch The challenge for Labour