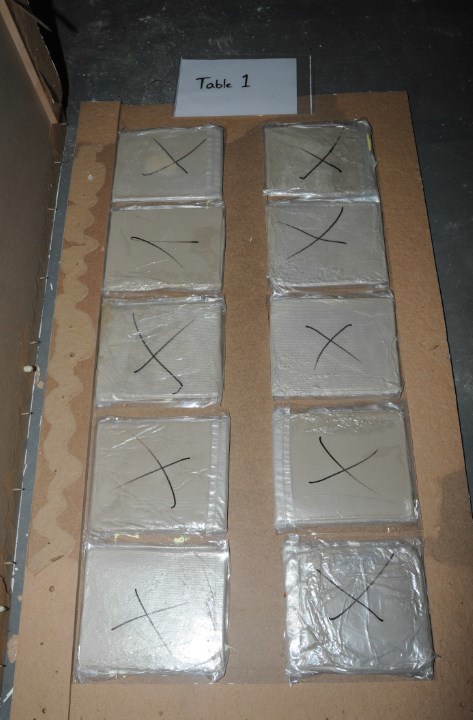 A convicted drug importer and his associates have been jailed after covert officers exposed GMP’s largest ever recovery of heroin.

In August 2017, officers from Operation Cartoon – headed by GMP’s Serious and Organised Crime Group – uncovered 210 kilograms of high purity heroin at an industrial unit in Salford.

The discovery came after surveillance officers observed a number of interactions between a group of criminals including a cash deal between Steven Hindley and David Mulligan, which was later used to purchase a fork lift truck.

The group’s kingpin, Fikri Yarasir – known as Mario, due to his likeness to the fictional videogame character – was seen meeting an articulated lorry, with a Turkish registration plate, and leading it to the industrial unit on Cobden Street, just hours before the discovery.

At the point of unloading, Yarasir was met by Ahmet Taskin and together, they moved the cargo of furniture into the unit.

While it was unattended, officers entered the unit and found 42 tables in a side room, which they broke open to find a void between the top and underside, revealing 10 x 500 gram bags containing heroin.

All 42 tables were checked for drugs, bringing the seizure to 210 kilograms of heroin. Forensic tests proved the heroin was of such high purity that it would yield a street value of around £63million – the largest in value and quantity of heroin seized in GMP history.

On the same day, officers from the same operation entered a lockup in Rhyl, Wales – rented by Steven Hindley – near to where David Mulligan was captured on CCTV.

Officers discovered equipment set up for a ‘bash house’ – a place where drugs can be diluted with other substances to increase value in onward supply – which included a hydraulic press for compressing drugs into bespoke fabricated moulds.

Enquiries also revealed Mulligan and Yarasir met Hindley at the location just one week before and that a ‘logistics’ man, called Brian Kennedy, had been drafted in to help the group import the drugs through his company.

Kennedy opened a business called ‘Freight Forward Ltd’ but on his arrest, officers found him to have only one customer – Fikri ‘Mario’ Yarasir.

Fearon and her partner Paul Livesey were used as mules to transport money to Turkey on several occasions, a few days at a time, taking large amounts of cash with them and returning to the UK with significantly lighter luggage.

Officers worked out that the missing weight was the cash they were spending, which totalled around £372,500, all on behalf of Yarasir.

Once all were in custody and had been charged, Taskin was the only person to plead guilty at the earliest possible time, the rest of the group denied the charges sparking a seven-week trial.

Although a mountain of evidence was stacked against them, Yarasir attempted to claim that he was only involved with his fellow defendants to gain intelligence and become a police informant.

This was quickly dismissed by an officer he was known to, who said in no uncertain terms did Yarasir attempt to give any information to police at any time.

During the trial, it was revealed Yarasir had been convicted in Germany in 1997 for importing heroin from Turkey. He served 10 years in prison and was barred from the country, despite his efforts to let others take the wrap for his crimes.