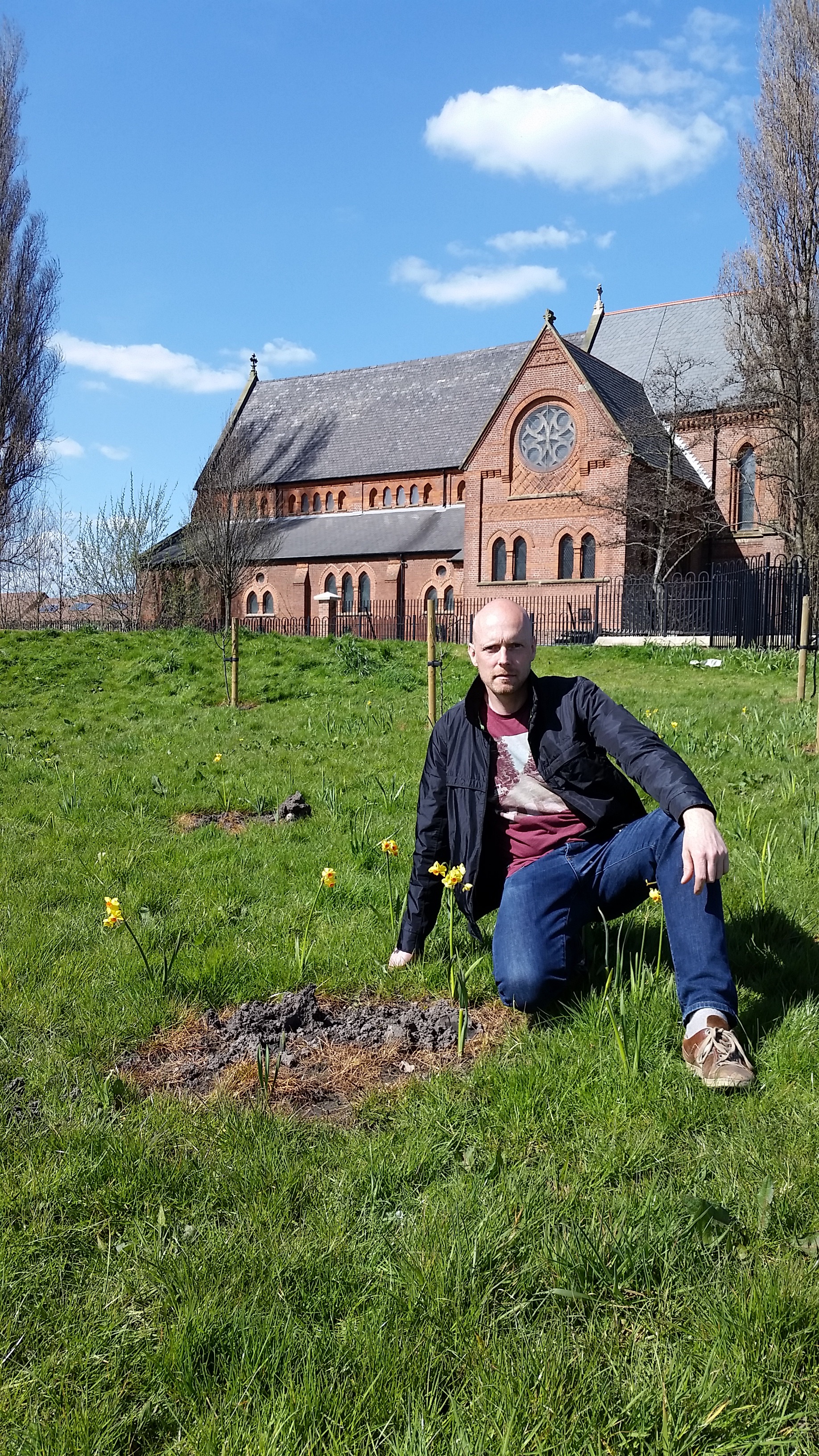 A Newly planted orchard in Green Grosvenor Park, Salford, has suffered from a devastating theft of 11 trees leaving the community reeling.

The theft took place between the evening of Friday 15 April and the Saturday morning where 6 apple and pear trees, 5 yew trees and the contents of two planters were stolen by cold-hearted crooks, resulting in over £500 worth of damage.

The orchard at Green Grosvenor Park was planted back in January as part of a project to create several new urban orchards around Central Salford.

The yet-to-be identified robbers managed to uproot the staked trees, even emptying the two wooden planters which were filled with raspberries, gooseberries, and herbs.

Beth Kelsall from Red Rose Forest, adds “The Friends group have done an amazing job in improving the park and it’s such as shame that a few individuals are taking away from this great community asset”.

The orchard was meant to provide free fruit for the newly built community of New Broughton Village for generations to come; and the fruit trees were situated outside the school gates of River View Primary School with the hope that local kids could pick and snack off fruit from the trees.

The incident has been reported to the police and The Friends of Green Grosvenor Park are calling anyone with information to come forward by calling the police on 101.

Photo: Stuart Edwards from The Friends of Green Grosvenor Park