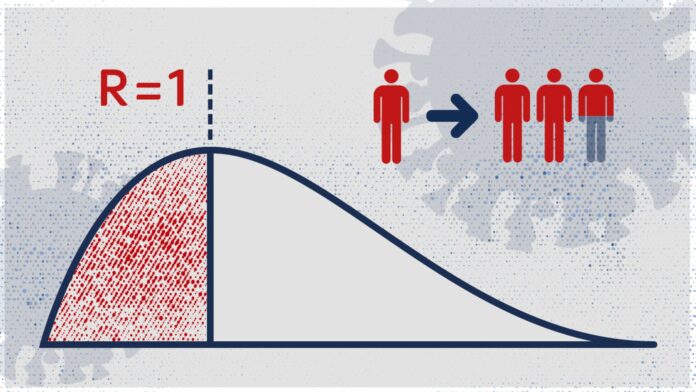 Banning public events led to the greatest reduction in virus spread, but combined measures were more effective than any single restriction, the findings suggest.

The Edinburgh-led study, which takes data from 131 countries, provides policy makers with vital insights as they respond to the pandemic’s continuing threat.

Countries across the globe introduced a range of public health measures to control the spread of the virus, including lockdowns, social distancing and school closures.

Research led by the University’s Usher Institute investigated the effect of individual public health measures on virus transmission – measured by the R number.

Daily estimates of R were linked with the measures those countries had in place from January to July 2020. A timeline was created for each country, which was divided into individual phases when all measures remained unchanged.

Researchers used complex modelling to link which restrictions were in place at all 790 phases, and changes in the R number – a key indicator of transmission. R values above 1 indicate that the spread is worsening, while R rates below 1 indicate a slowing rate of transmission.

The highest reduction for any individual measure was found for bans on public events, with a 24 per cent drop in the R within 28 days.

Other measures including workplace and school closures, bans on gatherings of more than ten and calls for people to stay at home – were not found to have a significant effect on their own.

The authors then modelled four public health packages that combined a number of measures to tackle virus transmission.

The least restrictive package of measures – bans on public events and on gatherings of more than ten people – reduced R by 29 per cent on day 28.

The most restrictive package, which included school and workplace closure, ban on public events and gatherings of more than ten people, limits on movement and a stay-at-home requirement, reduced the R rate by 52 per cent on day 28.

The authors also studied the effect of easing restrictions. They found an increase in R for reopening schools and lifting bans on public gatherings of more than ten people. Both were associated with an increase in R of around one quarter.

The researchers caution that they were unable to account for different precautions across countries in reopening schools – such as limiting class sizes, routine deep cleaning and handwashing, which are essential for safer school reopening.

Crowdfunder campaign to be launched for permanent Manchester music exhibition