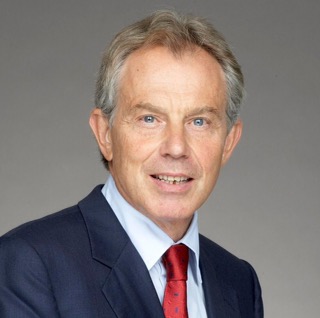 Today’s publication after many years of waiting for The Chilcot Inquiry has without a doubt given a damning assessment of the legal basis, intelligence and assessments and planning for the Iraq War.

The 12-volume report that has taken seven years to finish, said planning for a post-Saddam Iraq was ‘wholly inadequate’ and that Tony Blair presented judgements on the severity of the threat posed by Iraq’s weapons with ‘a certainty that was not justified’.

The former Prime Minister in a cringeworthy media performance this afternoon said he had acted in good faith, and accepted ‘full responsibility, but said that with all the same information, he would make the same decision again.

The key points of the report were

1.While military action against Saddam Hussein ‘might have been necessary at some point’, in March 2003, he posed no imminent threat, the strategy of containment could have been continued for ‘some time’, and the majority of the Security Council supported continuing UN inspections and monitoring’. ‘Military action at that time was not a last resort,’ Sir John said in his statement.

2.The way in which the government decided that there was a legal basis for military action was ‘far from satisfactory’.

3.‘Flawed intelligence and assessments’ formed the basis of policy on Iraq. Chilcot said ‘they were not challenged, and they should have been’. The judgements on the severity of the threat posed by Iraq’s weapons of mass destruction were ‘presented with a certainty that was not justified’.

4.Planning for a post-Saddam Iraq was ‘wholly inadequate’. The Inquiry took a dim view of Tony Blair’s claim that the difficulties encountered in the country could not have been known in advance, arguing that ‘we do not agree that hindsight is required. The risks of internal strife in Iraq, active Iranian pursuit of its interests, regional instability, and Al Qaida activity in Iraq, were each explicitly identified before the invasion.’

Dr Shavana Musa, a Lecturer in Constitutional and International Law at The University of Manchester and a BBC Expert Voice says the report is a ‘serious damnation’ on the decision to go to war and could pave the way for ‘victims of families to proceed with criminal and/or civil legal action.’

Dr Piers Robinson, Senior Lecturer in International Politics at The University of Manchester and an expert in the role media and propaganda can play in the run up to and during conflict says that:

‘On two central matters, Chilcot has raised very difficult issues for Blair and senior intelligence officials. For Blair, Chilcot started his statement by claiming that Blair and Bush had settled on regime change, requiring a clever plan, in late 2001. This would suggest that all that followed, WMD over-claims, UN inspections and so on, were all geared toward removing Saddam from power. This suggests a profound deception by Blair who maintained all along that Saddam could stay in power if he complied with US and UK demands and UN resolutions”

While on Regarding, intelligence he says ,

Could the report lead to further legal action?

Martin Browne is a trained barrister and Associate Researcher at the Manchester International Law Centre. He has also advised governments and NGOs on the jurisdiction of the International Criminal Court (ICC).

He says that as far as Wilful deceit is concerned:

“The decision to go to war before peaceful options exhausted, the exaggeration of WMD evidence, and the inadequate conditions in which the legality of the war was concluded, are all points that could establish the existence of a deliberate (wilful) deceit in the conduct of the Prime Minister. Particularly the focus on Blair’s strategizing for regime change as early as December 2001.”

Chilcot, he adds, has not concluded the question of whether or not the decision to go to war was legal. Yet his conclusion that there was in March 2003 “no imminent threat from Saddam Hussein”, combined with criticism of the war the decision was made amount to a strong condemnation of the decision taken.”

On Tony Blair: “Chilcot stops short of calling Blair’s evidence to the Inquiry a ‘lie’ but essentially dismisses his defence of ‘hindsight’. It is clear that Blair, and those around him, disregarded the risks identified in reports in 2002-2003 that accurately set out the consequences that followed.

He adds that Chilcot places the blame for the failure to plan solely at Blair’s feet.

“The omissions of the Prime Minister include; the failure to establish clear ministerial oversight of post-conflict strategy, to ensure a resourced plan was in place, and to press the US to develop joint plans. All of these ‘omissions’ as Chilcot terms them, otherwise known as mistakes or failures, together prevented the UK from achieving its objectives and increased the risk that the UK would be unable to respond to the unexpected. In summary, Blair’s mistakes increased the risks for UK soldiers.”

And whilst the decision to take military action followed an exchange between Blair and Lord Goldsmith, he says

” notably, the critical decision about Saddam’s breach of UN Security Council Resolution 1441 was made by Blair alone, without consulting lawyers, and no formal record of his reasons for the decision was made. Chilcot concludes that mistakes were made by Blair in failing to request written advice from Goldsmith, and the basis for further material breaches of 1441 should have been discussed in cabinet or cabinet committee. These are all factors that could indicate misconduct in public office.